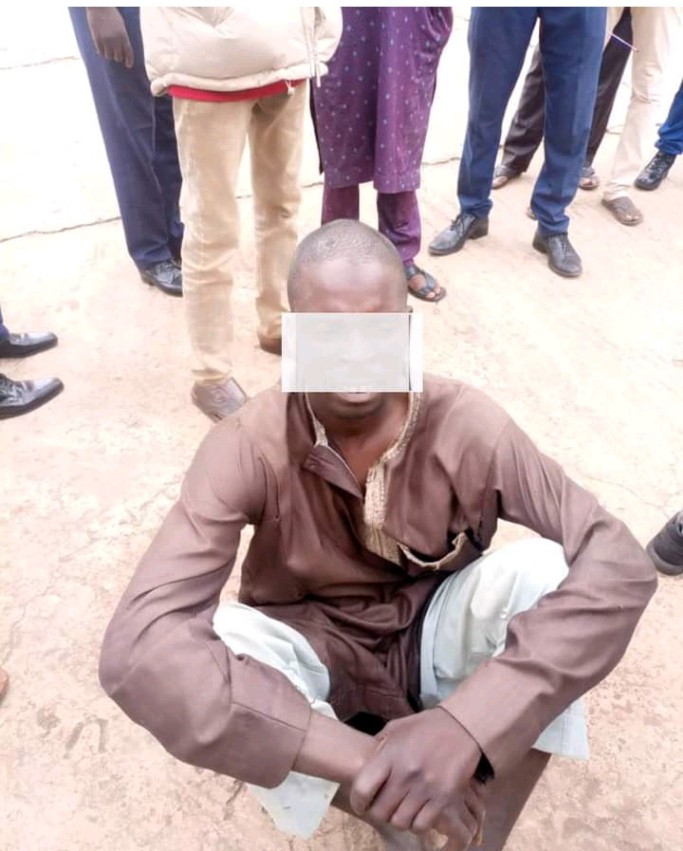 The Commandant-General (CG) of the Nigeria Security and Civil Defence Corps, NSCDC, Dr. Ahmed Audi, has commended operatives of the Sokoto State Command of the Corps for capturing and arresting a wanted notorious bandit in State.

This was disclosed by the Corps’ Director of Public Relations, DCC Olusola Odumosu, yesterday, 28 July, at the NSCDC Headquarters, Abuja.

According to Odumosu, the feat was attributed to actionable intelligence received by officers and men of the NSCDC, Sokoto State Command, who responded immediately and laid siege in the Aliyu Jodi area of Sokoto State, where the bandit, 40-year-old Bello Galaduma, went to buy drugs, as well as satisfy his sexual urge. The swift action of the gallant officers led to and end of the bandit’s reign of banditry.

The NSCDC Chief, while commending the officers for a job well done in arresting Bello Galaduma, who had been on the wanted list of security agencies for more than 2 years, reiterated the Corps’ zero tolerance for all forms of criminal behaviour in the society.

It was gathered that Galaduma, in addition to his specialization in liaising with kidnappers by giving them information of persons to be kidnapped, also, assists kidnappers in the purchase of drugs and other items used for their nefarious activities.

The captured bandit according to reliable Intel, was formerly operating in Niger State before relocating to Sokoto State where luck ran out on him leading to his capture and arrest by operatives of the NSCDC.

Galaduma is presently in the custody of NSCDC operatives, where he is undergoing interrogation and helping with useful information to apprehend other culprits.

CG Audi used the occasion to appeal to the consciences of other criminals to have a change of heart before their time runs out, because at that juncture, the law of the land will take its course.

He further emphasized vehemently that the NSCDC, ad part of its mandate, ‘will always strive for a better society where all Nigerian lives and property will always be very safe’.