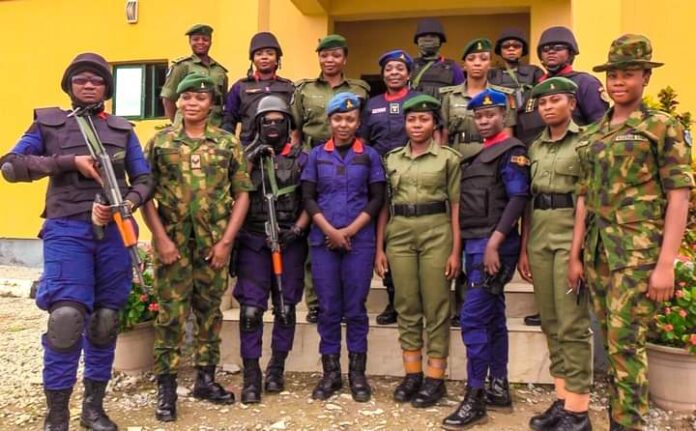 Imonikhe, during her discussion with the Nigerian Army Women Corps Commander, Major R.S. Agwai, at the Army Women Corps’ office in Guru, Abuja, earlier today, stressed that the NSCDC Female Squad is saddled primarily with the responsibility of curtailing security challenges in schools across the nation.

She noted that this very serious assignment calls for effective collaboration and execution between the NSCDC and the Nigerian Army.

Imonikhe further stressed that the Commandant General, CG, Dr. Ahmed Abubakar Audi, has mandated the Female Squad to ensure effective deployment of personnel to protect schools and restore the confidence of students, teachers and parents alike. As such, there is need for serious collaboration by both agencies and other stakeholders in ensuring the success of the assignment.

The Commander of the Nigeria Army Women Corps, on her part, assured the NSCDC Special Female Squad of their unwavering support in their assigned mandate as it concerns the safety of Nigerian children who are the future of this great nation.