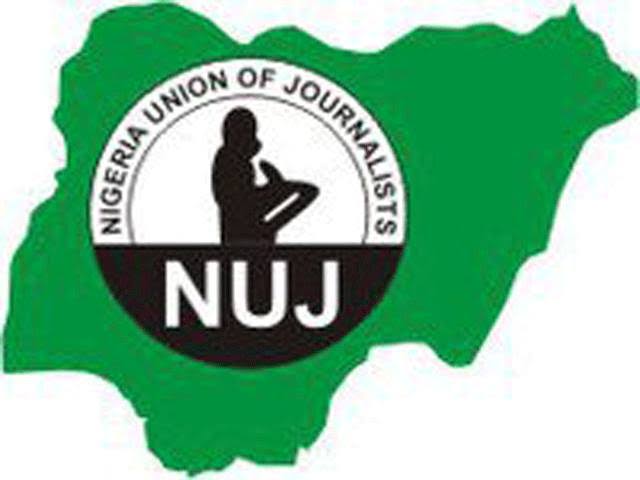 The Nigeria Union of Journalists (NUJ) has urged the media to contribute to the fight against terrorism, kidnapping and banditry, and efforts to unite the country.

NUJ’s National President, Mr Chris Isiguzo, made the appeal at a news conference on Thursday in Abuja.

Isiguzo said that to contribute to those efforts, the union would organised a three-day conference tagged “Agenda Setting’’ to bring together media practitioners to deliberate on how to proffer solutions to the menace.

He said that the theme of the conference which would hold from June 6, to June 8, is “The Media, Insecurity and National Unity”.

“While we concede the fact that the fight against terrorism and banditry are extremely difficult, we believe, however, that the media can contribute immensely in this regard.

“The union is perturbed that the national politics is seeking to divide the country and the media should brace up to unite the country.

“Similarly, terrorism and banditry should be fought relentlessly and the media must lead the fight against these evils.

“The responsibility of government is primarily to protect lives and property of its citizens and, therefore, it will be disastrous to allow citizens to lose confidence in its ability to deal with the situation.

“Nigeria’s ranking as one of the members of club of 10 top kidnapping countries in the world and a leading one in Africa is a source of concern for the union especially as violence in the country has affected millions of Nigerians.’’

According to him, hundreds of thousands of Nigerians have so far crossed into neighboring West African countries as refugees and the situation is daily being aggravated by lack of adequate response from government.

On the economy, Isiguzo noted that the wellbeing of millions of Nigerians was affected as agricultural activities had been suspended because of inadequate security.

He also expressed concern that there were thousands of Internally Displaced Persons, especially in the North East and North Central Regions, who continue to compete for scarce resources – water, land and food.

“There is a clear and obvious risk of acute food insecurity in the country.
“There is, therefore, the need to come together as professionals to look for how the Federal Government can be properly guided in creating an enabling environment for free press to thrive.

“It will serve as catalyst in influencing the right attitude by all Nigerians.

“This can minimize or even help in defeating terrorism and banditry in the country,’’ he said.

The News Agency of Nigeria (NAN) reports that Gov. Nyesom Wike of Rivers will declare the conference open while his Abia counterpart, Gov. Okezie Ikpeazu will deliver the keynote address.

The Minister of Information and Culture, Alhaji Lai Mohammed is expected to speak on “Media against insecurity: Upholding Ethical Standards”. (NAN)