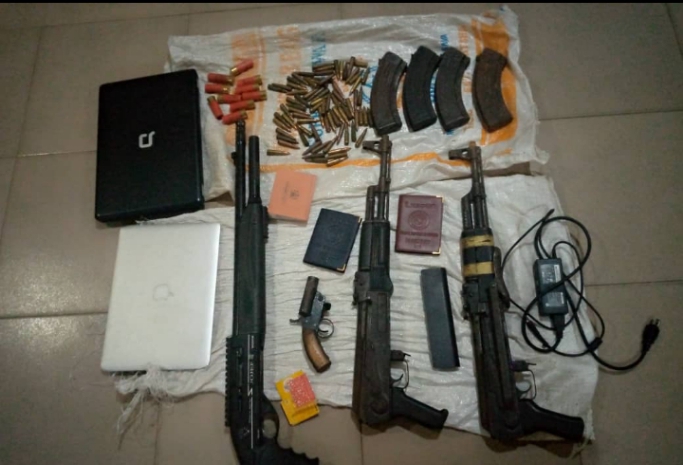 Sequel to the murder case under investigation in the Delta State Police Command involving the murder of the prince of Orhuwhorun, Prince Eric Takerere, operatives of the State’s Anti-kidnapping and Cyber Crime Squad, SAKCCS, have arrested six more suspects involved in the crime.

TheFact Nigeria recalls that the prince of Orhuwhorun community in Udu Local Government Area of the State, Prince Eric Takerere, sometime in May this year, while on his way back from a party with his brother Franklin, and two police officers, were attacked by unknown armed men
along Jakpa Road, Effurun. Prince Eric and the two policemen were murdered, and thier rifles carted away, while Franklin escaped.
Investigations led to the initial arrest of 7 suspects.

According to Edafe, the relentless efforts of the operatives of the Command, as well as the diligent and painstaking investigation on Godspower Agabarhayo and Tony Edwin, who were arrested sometime in July in connection to the murder, led the police operatives to their hideout in Udu, Warri and Aladja area where six additional suspects were arrested.

They also led the operatives to their armoury where two AK47 rifles, one pump action gun, one locally made pistol, four magazines, seventy six rounds of live ammunition and thirty eight rounds of live cartridges were recovered.

In another development, a distress call was received by DPO Ovwian Aladja on Tuesday, 7th September, to the effect that armed robbers were operating at Obogo community. The DPO then mobilized the Police Patrol Team and vigilante in the community to the scene.

The armed robbers, on sighting the police patrol, engaged the team in a gun duel but they could not withstand the superior firepower of the combined team. During the gun duel, one of the armed robbers sustained serious gun shot injury while two others escaped. The injured suspect was rushed to a nearby hospital where died while receiving treatment. One locally made pistol with one live cartridge were recovered. Investigation remains ongoing.