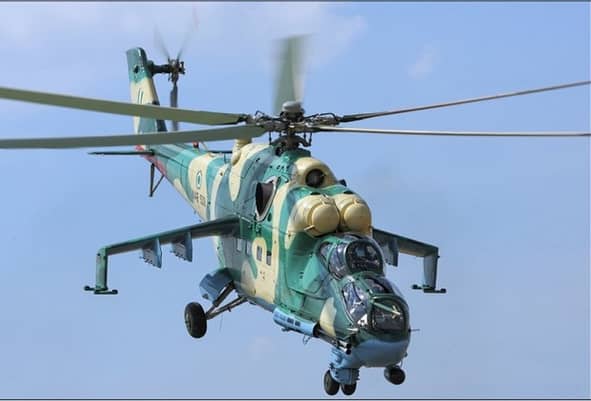 Sources have revealed that The Nigerian Air Force, NAF, is currently bombarding the Orlu forest, Imo State in fierce airstrikes in a bid to locate and engage operatives of the Eastern Security Network, ESN, accused of killing soldiers and causing mayhem in the area.

Sources also say a number of ESN members have been killed and market places destroyed during the attack today.

TheFact Nigeria gathers from reporters in the area, that many people have fled the town and are taking refuge in the homes of nearby villages to avoid being caught in the line of fire.

It has been reported that Orlu has witnessed series of violent clashes between soldiers and men believed to be members of Indigenous People Of Biafra IPOB/ESN.

It would be recalled that earlier in January, combat aircraft of the Nigerian military combed the tense Orlu communities in a bid to douse the brewing tension. However, having got wind of the operation, IPOB members ambushed the security team on patrol.

Following the operation, Nnamdi Kanu, leader of IPOB threatened to deal with members of the Nigeria security forces sent to search for its proscribed members.

The onslaught, speculations indicate, may not be unrelated to hints that members of ESN, a regional security force and a paramilitary wing of the IPOB, are training in the forest.

Covid-19: Arsenal Fans May Be Allowed Into Emirates Stadium For October Fixture