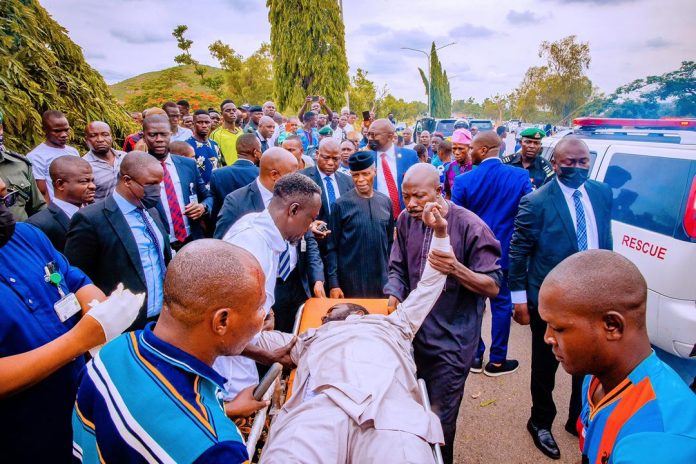 The Presidency has clarified that Vice President Yemi Osinbajo was not involved in any road accident.

The Senior Special Assistant to the President on Media and Publicity, Office of the Vice President, Laolu Akande who gave the clarification on Monday via his verified Twitter [email protected] said , the vice president came across a road accident on his way to the airport and stopped by to assist the victims.

TheFact Nigeria noted that the clarification came as a reaction to some media reports about a purported road accident involving Mr Osinbajo in Abuja.

He added that Osinbajo was already in Ondo State and heading to the site where terrorists attacked worshippers during mass on Sunday.

He tweeted that “On his way to the airport this morning, VP came across a road traffic accident, stopped to lend assistance, & ensured victim was taken to the hospital with VP’s convoy ambulance.

“ He then proceeded on his trip and is now in Ondo State heading to site of yesterday’s attack in Owo,” Akande wrote.