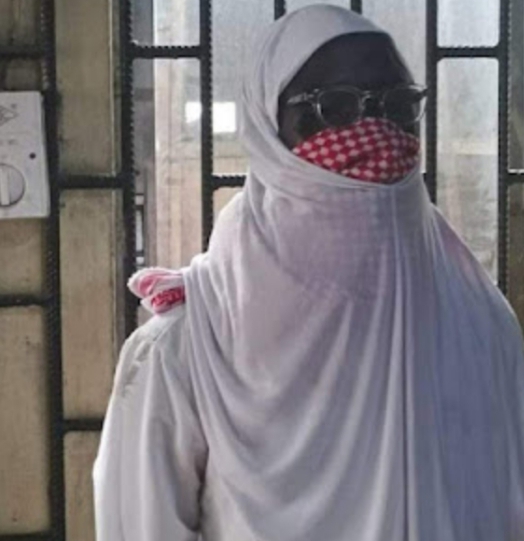 The Lagos State Police Command says it has rescued a 29-year-old man, Sanni Gafar, an alleged terrorist, at Ijora Badia, from mob justice.

The State Command’s Public Relations Officer, SP Benjamin Hundeyin, who confirmed the arrest via a tweet on his verified Twitter handle Monday, said,  the suspect was arrested after an angry mob attacked him on the suspicion that he was a terrorist.

According to Hundeyin, preliminary investigation shows that the male suspect, who many alleged disguised as a woman, was Sanni Gafar, aged 29.

“He was found with a bag containing three hammers, six screwdrivers, one pair of pliers, one chisel, five spanners, three rolls of black cellophane, cable wires, 20mm bending spring, a pair of black trousers, and a plastic box of clips.

“Investigation is ongoing to ascertain his claim that he is an electrician”, Hundeyin said.