Nollywood actress Abiodun Adebimpe Akintunde has called on Nigerians at large to listen to Baba Ijesha’s side of his story before accusing him of rape.

According to sources who investigated the matter, it was alleged that the actor has been raping the minor since she was seven (7) years.

The actor has been widely condemned ever since the news of his scandal went viral. 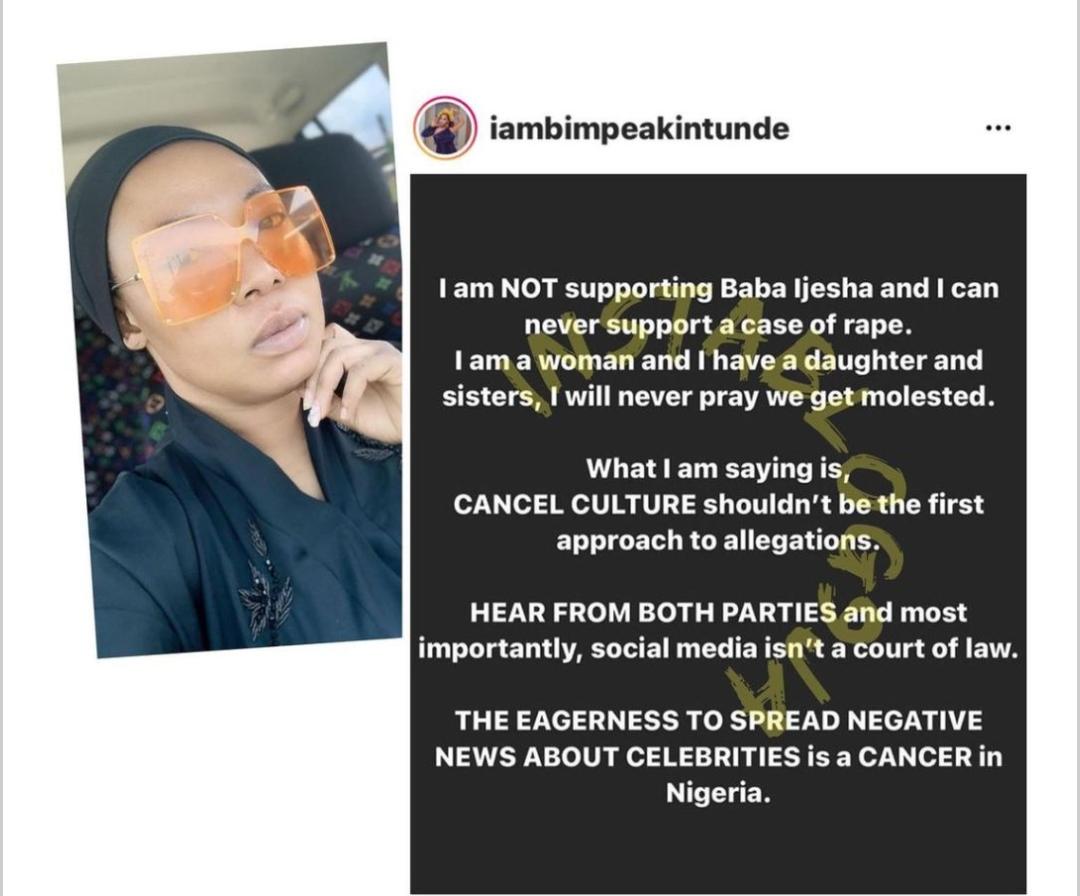 However, Actress Adebimpe appealed to Nigerians not to condemn him until the court of law proves him guilty.

In her words: “I am NOT supporting Baba Ijesha and I can never support a case of rape. I am a woman and I have a daughter and sisters, I will never pray we get molested.

“What I am saying is, CANCEL CULTURE shouldn’t be the first approach to allegations. HEAR FROM BOTH PARTIES and most importantly, social media isn’t a court of law.

“THE EAGERNESS TO SPREAD NEGATIVE NEWS ABOUT CELEBRITIES is a CANCER in Nigeria”.

Meanwhile, Nollywood actress and philanthropist Tonto Dikeh is not interested in hearing his side of his story.

She is of the opinion that Baba Ijesha is “Evil” and must not be released.

The mother of one who was disgusted by the situation took to her Instagram page to voice out that Baba Ijesha must not be granted bail because he’s a celebrity.

She called on her fans to tag all foreign and local authorities to ensure that Baba Ijesha is brought to book.

In her words: “Anyone with information on this please contact me..This evil man must not be released not granted bail..They may twerk the law to his favor as a celebrity, what we shld all do is repost this and tag foreign and local authorities….He raped us all when he raped her…Mothers come out they have stabbed us”. 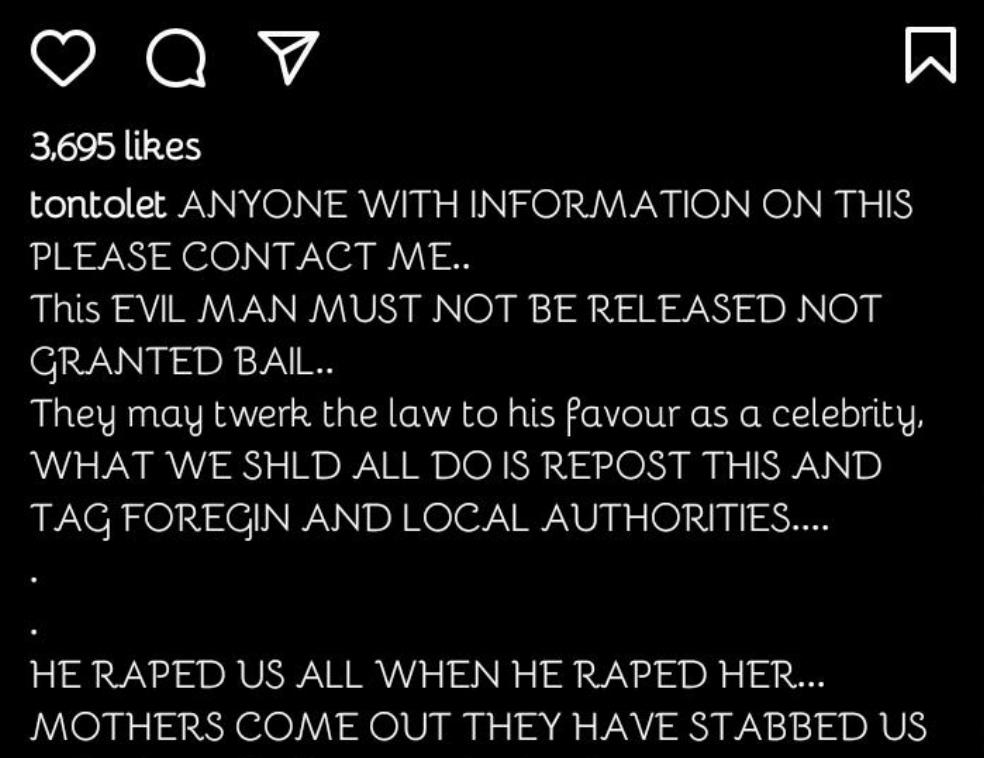 Sirika Relocates To Enugu Ahead Of Akanu Ibiam Airport Reopening