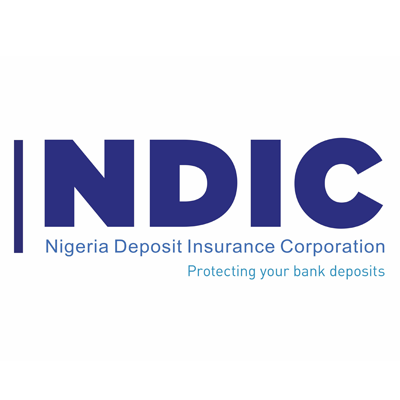 Presenting the report on screening of the nominees to the Plenary, Chairman of Senate Committee on Banking, Insurance and Other Financial Institutions, Sen. Uba Sani informed the Senate that his committee established that the two appointments were in accordance with Sections 54 and 83 of the NDIC Act No 16 of 2006 as amended.

Ibrahim was first appointed as MD/CE in 2010. His tenure was subsequently renewed by President Muhammadu Buhari in January 2016, along with that of Prince Erediauwa, at the conclusion of their first term in office.

Under Ibrahim’s leadership, the NDIC experienced tremendous transformation towards the robust implementation of its mandate and public policy objectives. An elaborate rebranding process involved the restructuring of the essential business processes and procedures of the Corporation for optimal performance also took place.

However, the Senate Committee Chairman said, his committee found out that both Hassan and Ibrahim possessed the required technical knowledge, academic qualifications and professional experience to serve as MD/CE and ED (OPs) of NDIC respectively.

When the Senate President, Sen. Ahmed Lawan presented the nominations to the Committee of Whole for vote, they were unanimously endorsed and consequently confirmed. While formally announcing the confirmation, the Senate President congratulated the two appointees and wished them well in their endeavours.

It would be recalled that President Muhammadu Buhari on December 18 forwarded the names of Hassan and Ibrahim as NDIC’s MD/CE and (ED (OPs) nominees respectively to the Senate for screening and
confirmation.

The Director, Communication & Public Affairs Department, NDIC, Bashir A. Nuhu in a statement said,  before his appointment as NDIC’s MD/CE, Hassan was the Director, Banking Supervision Department of the Central Bank of Nigeria (CBN), a position to which he was appointed in February, 2020. Prior to that, he served in the Operations Directorate and as Director, Other Financial Institutions Department of the Apex Bank.

A seasoned and consummate bank examiner of over three decades, Bello joined the services of the CBN in 1990 after a stint with the Katsina State Ministry of Finance.

At the CBN, Mr. Hassan also represented the apex bank on the board of different flagship public Corporations including the NDIC, Assets Management Corporation of Nigeria (AMCON), Financial Institutions Training Center (FITC), FMDQ Clear Ltd., and Governing Council of the Chartered Institute of Bankers of Nigeria (CIBN).

The new NDIC Boss was a 1988 B.Sc. (Hons) Accounting graduate from the Ahmadu Bello University (ABU) Zaria. He also consolidated his academic career with a corresponding MBA from the same university in 2006; in addition to a Diploma in Business Continuity Management from Coventry University, UK. He is also a fellow of the Institute of Chartered Accountants of Nigeria.