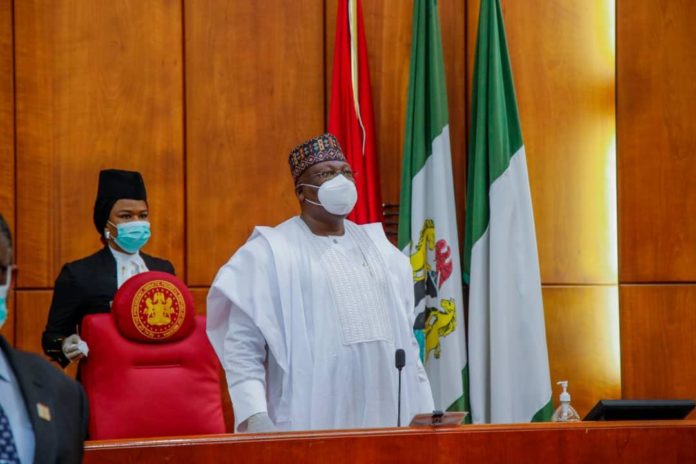 The Senate has received three requests from President Muhammadu Buhari for the confirmation of nominees to serve on the Revenue Mobilization Allocation and Fiscal Commission (RMAFC); Federal Character Commission; and the Federal Civil Service Commission.

Special Assistant, Press,
to President of the Senate, Ezrel Tabiowo in a statement said, the requests contained in three separate letters read at the beginning of plenary on Tuesday by the Senate President, Ahmad Lawan.

According to President Buhari, the request for the confirmation of the nominees was in accordance with the provisions of Section 154(1) of the Constitution of the Federal Republic of Nigeria 1999 as amended.

Those nominated to serve as Commissioners with the Federal Civil Service Commission are: Frederick Ekwem, Imo and Abia; and Jonah Madugu, Benue, Nasarawa and Plateau.

The announcement was made by the Senate President, Ahmad Lawan, moments before adjournment.

Lawan, however, said that the upper chamber would reconvene to consider any matter of national importance that requires the input of the National Assembly.