It was a a theatre of sorrow and grief earlier today at the Guards Brigade Cemetery, Abuja, where the remains of the slain army officer, Major General Hussein Ahmed, was laid to rest.

The late General Ahmed, a former Provost Marshal of the Nigerian Army, NA, was gruesomely murdered yesterday by unknown gunmen along the Lokoja-Abuja express road.

The Chief of Army Staff, COAS, Lieutenant General Faruk Yahaya, who eulogised the late senior army officer, described him as an articulate, dedicated, loyal and highly professional officer in the discharge of his duties. The army chief furthet noted the late Ahmed’s sterling qualities and immeasurable contributions to the Nigerian Army while he was alive.

Major General Ahmed, who hails from Maiduguri in Borno State, was born on 16 February 1968 in Maiduguri. He attended Yelwa Comprehensive Secondary School Makurdi, where he obtained his Senior Secondary School Certificate of Education.

He gained admission into the Nigerian Defence Academy (NDA) in 1988 and was granted Regular Combatant Commission on 25 September 1993 as a member of 40 Regular Course in the rank of Second Lieutenant. He was of the Military Police Corps and rose to the rank of Major General before his untimely and unfortunate demise.

Late Major General Ahmed held a Bachelor of Science Degree in Political Science and Defence Studies, as well as a Master Degree in Strategic Studies from the Nigerian Defence Academy. He was one time the Provost Marshal of the Nigerian Army and until his death he was the Director Veteran Affairs at the Army Headquarters, Abuja.

Among the several courses attended by the late senior officer are: Young Officers’ Course Infantry, both Junior and Senior Staff Courses at the prestigious Armed Forces Command and Staff College, Jaji and National Defence College among others. 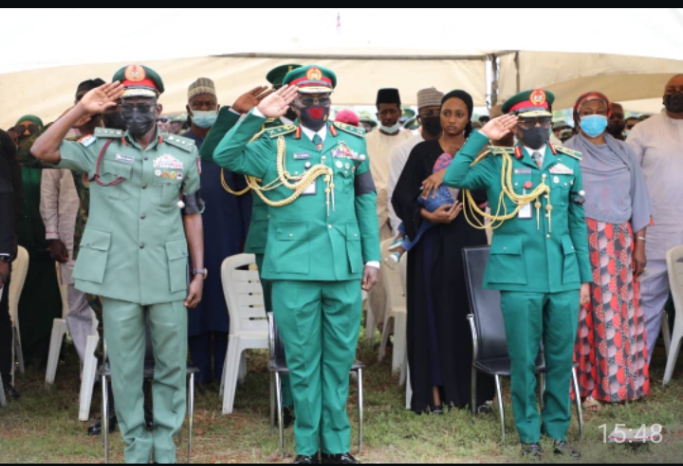 In recognition of his meritorious services to the nation, late Major General Huseini Ahmed was honoured with several awards and medals including the Forces Service Star, Meritorious Service Star, Distinguished Service Star, Field Command Medal and Fellow Defence College among others.

Others are Principal Staff Officers from Defence and Services Headquarters, Field Commanders, Senior Officers both serving and retired, members of the Nigerian Army Officers Wives Association, the deceased senior officer’s immediate family members, friends and sympathisers among others. 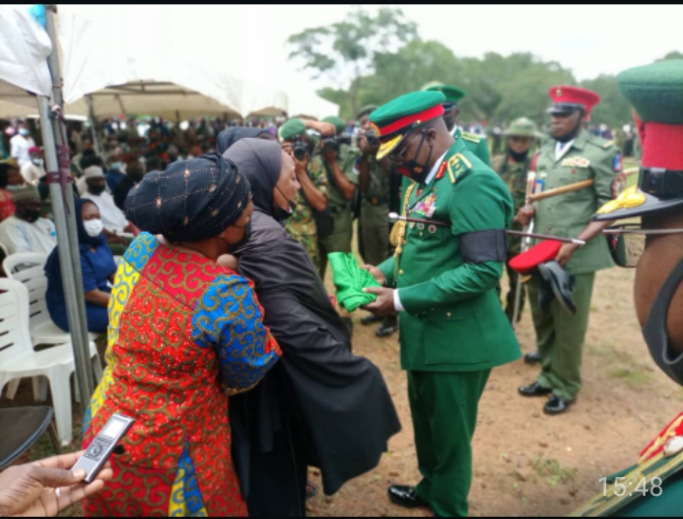