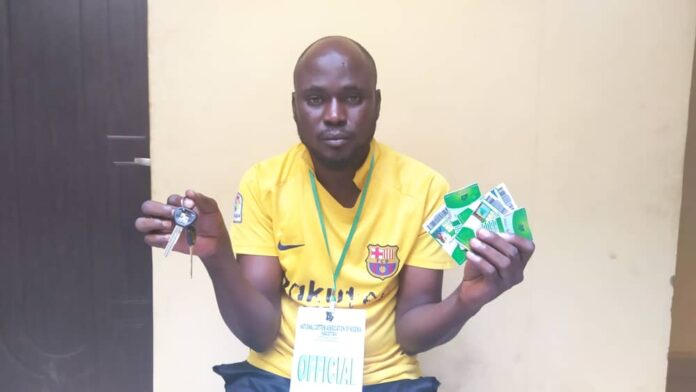 Operatives of the Kano State Police Command have arrested one Buhari Hassan for fraud.

TheFact Nigeria gathered that upon receiving the report of Buhari’s fraudulent transactions, the State’s Commissioner of Police, CP Sama’ila Shu’aibu Dikko, raised and instructed a team of policemen led by SP Shehu Dahiru to arrest the culprit.

The team immediately swung into action and arrested the suspect at Yankaba Quarters, Kano, after he had swindled Muttaka Muhammad, Lawal Mohammed, and Habibu Muhammad, all of Yankaba Quarters, Nassarawa LGA, of the sum of Seven Hundred Thousand Naira (N700,000.00).

The suspect was caught in possession of Forty Seven (47) fake identity cards bearing different names, photographs and other falsified documents of the National Cotton Association of Nigeria, Kano State Chapter. Further search led to the recovery of the Computer he used in printing the forged documents. 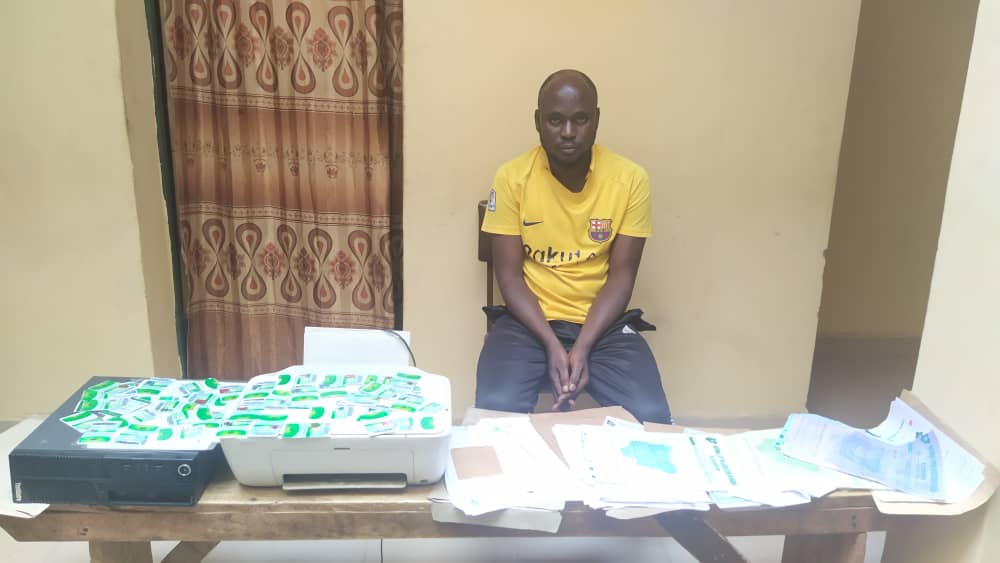 According to the police spokesperson, the Command had previously received reports from about sixty-four persons to the effect that the suspect defrauded them of the sum of Six Million, Two Hundred and Ninety Four Thousand, Two Hundred Naira (N6,294,200.00).

The Commissioner of Police, CP Sama’ila Shu’aibu Dikko, has ordered a discreet investigation into the reports of the 64 victims, while disclosing that the suspect will be charged to court upon completion of investigation.