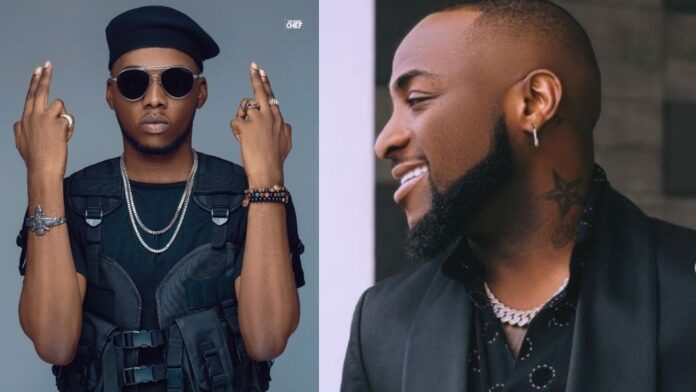 The Twitter user identified as Thuglife tweeted that ‘Jowo’ was Victor AD’s song. He said that Davido also threatened to ruin Victor AD if he opens up.

The tweet reads:
“Victor AD just confirmed Davido stole his record ‘Jowo’. According to him, OBO heard d song after they recorded ‘Tire You’. He was surprised to see d song on ABT without him/his mgt consent. He said Davido blocked him on Socials & threatened to ruin him. This wickedness.”

Twitter users shocked by this revelation reacted to the tweet. They took to their accounts to air their opinion on the matter.

His speculation came around the time Davido is celebrating 10 years in the music industry.

In reaction to this, Singer Victor AD took to his official Twitter handle to slam these rumors.

He made it clear that ‘Jowo’ is not his song.

“Omo no be me write JOWO for @davido. I don’t know where all this is coming from. make una let baba celebrate him 10yrs in peace #olofofo”

Omo no be me write JOWO for @davido I don’t know where all this is coming from. make una let baba celebrate him 10yrs in peace #olofofo