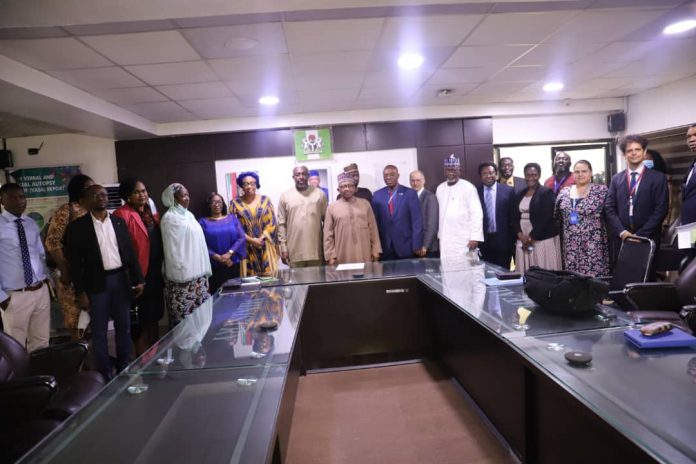 The World Health Organisation (WHO) Mission for Health Financing to Nigeria has proclaimed its unalloyed to the recently signed National Health Insurance Authority (NHIA).

Chindaya stated that a delegation of the WHO Mission for Health Financing to Nigeria, led by its Technical Officer, Fahdi Dkhimi and officials of the National Health Insurance Authority (NHIA) paid a courtesy call to the Minister of Health, Dr. Osagie Ehanire in his office on Tuesday.

He said the visiting team and other relevant stakeholders who interacted with the Minister of Health on the recently signed NHIA Act 2022, discussed among others, possible ways to effectively operationalize the NHIA Act for the benefit of Nigerians.

Ehanire said the gesture by WHO was a welcome development and therefore, revealed some of the constraints faced by the scheme to include: infrastructural development, human resource and investment patterns.

According to him, “most of the investments have gone to the very large visible hospitals which are not much utilized at the expense of small primary healthcare centres in the rural areas.” The Minister further solicited for investment and higher level of care at the sub urban level in order to achieve Universal Health Coverage.

Earlier, the Permanent Secretary, of ministry, Mr. Mahmuda Mamman stated that the Act promulgated few years ago has recently been signed into Law by President Muhammadu Buhari.

The Act provides for NHIA to implement schemes for relevant groups including Federal Civil Servant and establishes a vulnerable Group Fund, part of which can be invested by the NHIA.

In his remarks Fahdi Dkhimi, stated that WHO was committed towards supporting the implementation process of the Scheme.