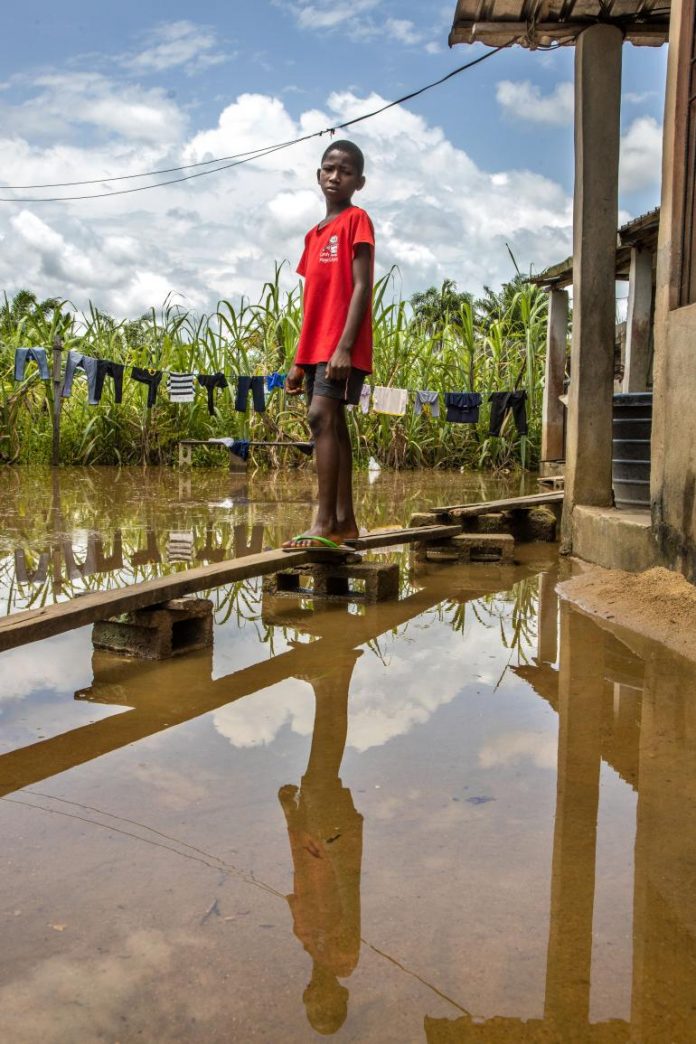 The United Nations Children’s Fund (UNICEF) has warned that more than 1.5 million children in Nigeria were at increased risk of waterborne diseases, drowning and malnutrition due to the severe flooding faced by the country.

The warning was contained in a statement issued by UNICEF on Friday, October 21, 2022.

According to the statement, more than 2.5 million people in Nigeria were in need of humanitarian assistance, 60% of which were children.

It said the floods, which affected 34 out of the 36 states in the country, had displaced 1.3 million people, led to over 600 deaths and partial or full damage of over 200,000 houses.

UNICEF also informed that cases of diarrhoea and water-borne diseases, respiratory infection, and skin diseases had already been on the rise, especially in the north-eastern states of the country:

“In the north-eastern states of Borno, Adamawa and Yobe alone, a total of 7,485 cases of cholera and 319 associated deaths were reported as of 12 October. As rains are expected to continue for several weeks, humanitarian needs are also expected to rise”, the Fund said.

Reacting to the development, UNICEF Representative in Nigeria, Cristian Munduate said, “children and adolescents in flood-affected areas are in an extremely vulnerable situation.

“They are particularly at risk of waterborne diseases and emotional and psychological distress. UNICEF is working closely with the Government and other partners to provide life-saving assistance to those who are most in need”.

UNICEF explained that the floods were adding another layer of complexity to an already precarious humanitarian situation in the country and immediate priority needs for children were health, water, sanitation, and hygiene; as well as shelter and food.

To this end, additional funding and resources were required to respond to growing needs and to sustain ongoing humanitarian interventions, with a focus on the most vulnerable, including children with disabilities.

According to UNICEF’s Children’s Climate Risk Index (CCRI), Nigeria is considered at ‘extremely high risk’ of the impacts of climate change, ranking second out of 163 countries.

The statement continued, “children in ‘extremely high risk’ countries face a deadly combination of exposure to multiple climate and environmental shocks combined with high levels of underlying child vulnerability, due to inadequate essential services, such as water and sanitation, healthcare and education.

“To date, UNICEF has supported the government response in three affected States – Jigawa, Niger, and Kaduna, including through the provision of cash assistance, distribution of cholera kits, government-led mobile health teams, temporary learning centres and learning kits and cholera kits.

“With additional support, UNICEF can scale up its response in other states to provide lifesaving medical equipment and essential medicines, chlorination of water and sanitation supplies, as well as to support the prevention of and response to sexual and gender-based violence”, it said.

NCC To Expand Collaboration With Media In Nigeria – Danbatta

COVID-19: Kano gets Ambulance, Ventilators, Others from NNPC, Partners