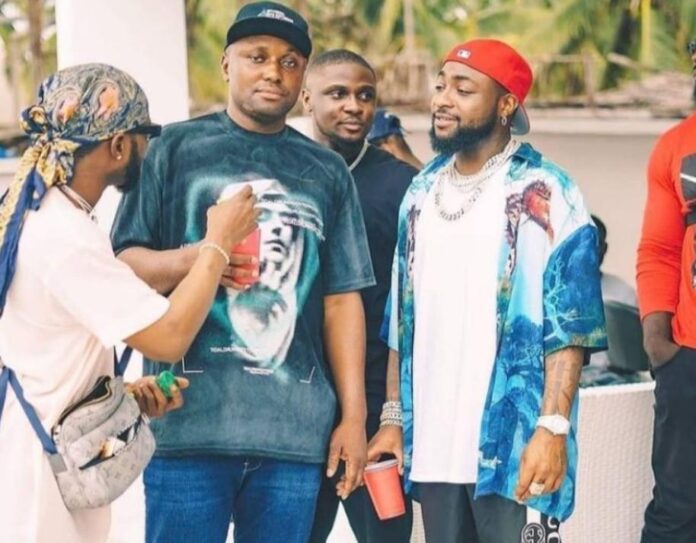 David Adeleke a k.a Davido, has reportedly suspended his personal logistics manger, Isreal Afeare, after he shared series of post where he endorsed Abba Kyari.

Abba Kyari popularly known as a super cop was recently called by the Federal Bureau of Investigations (FBI).

According to the FBI, he was implicated in the ongoing Hushpuppi fraud case and was declared wanted.

Reacting to the Hushpuppi-Kyari case, Isreal took his Instagram page and wrote;

“Am fully standing with @abba Kyari. The man is a clean cop. He has fully tried and still trying in aspects of fighting wild armed robbers and kidnappers. Kindly tell me who’s is a saint in this our Nigeria.“

However, people were not pleased with his comment. Social media users chose to drag him for his comment on the super cop case with the FBI.

According to an insider, Isreal’s comment didn’t sit well with the DMW boss and he quickly suspended him.

“He is on suspension because of the things he says on social media which always involves his boss because of the tag ‘Davido’s aide’. He has been asked not to come around or hang out with Davido. However, Isreal has promised to change,” a source said.