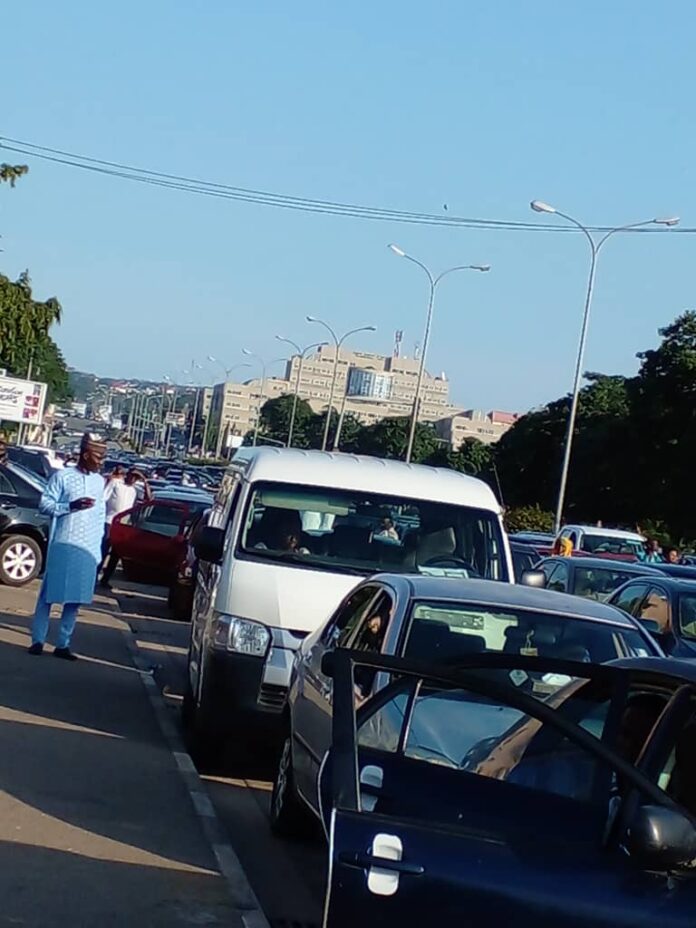 Commuters along the Shehu Shagari and Ahmadu Bello ways in the Federal Capital Territory (FCT) were today made to wait for more than half an hour as President Buhari was to use that way.

The traffic which started building at 4:30pm, stretched from Ministry of Finance to NITEL junction, as commuters were seen hanging outside their vehicles.

The Fact Nigeria, gathered that this delay which was at the instance of the President’s passing, didn’t go down well with those commuting the routes as pedestrians too were equally halted, with armed police men daring anyone who will flout the order.

According to Mrs. Philomena Barthy, a commuter at the scene said, the gridlock caused by the Buhari’s convoy was not necessary as people were rushing to get home after a hectic day at work. She added that the exercise was undemocratic. 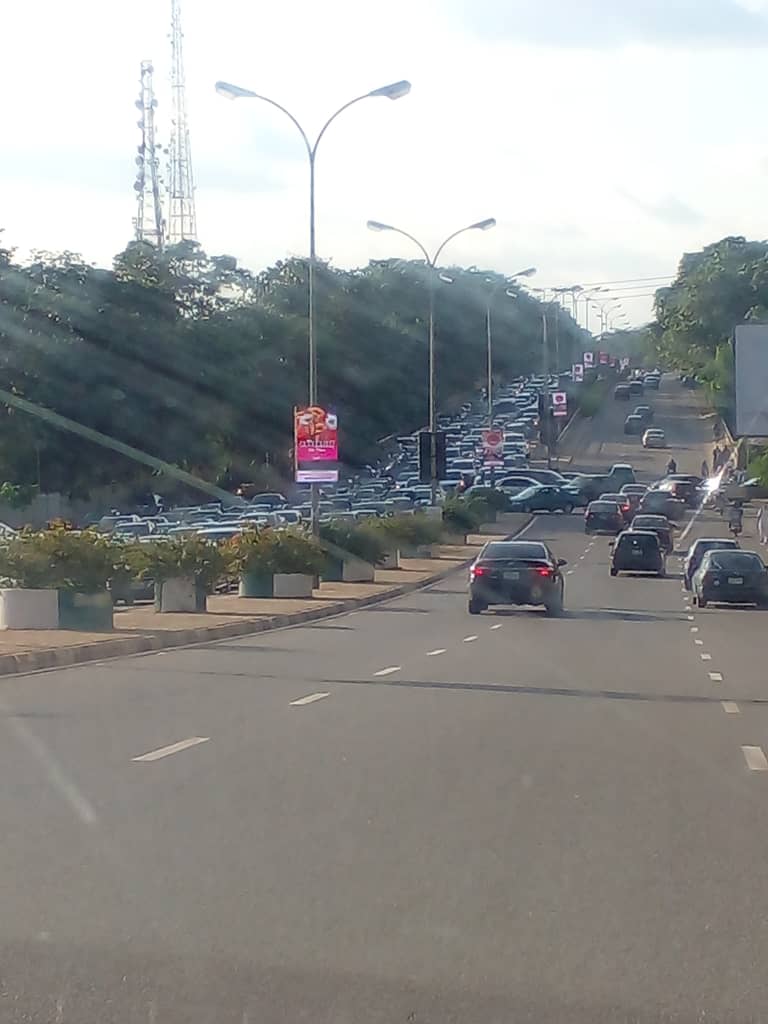 Police Rescue Kidnap Victim, Reunite Him With Family, In Benue