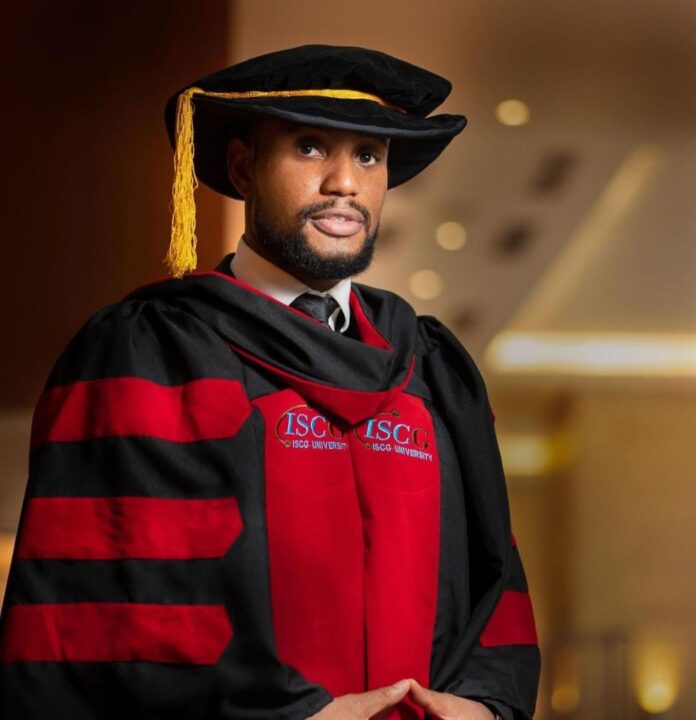 The news of his award comes in days after his estranged fiancee called off their engagement and relationship on social media.

The movie star disclosed the news of his achievement on his Instagram page on Sunday, August 29, 2021. He shared photos from the award ceremony with the caption;

“Introducing, Dr Alexx Ekubo. Thanks to the governing council of the Institut Supérieur de Communication et de Geston (ISCG UNIVERSITY) for conferring on me Doctorate (Honorary) Degree in Arts & Culture,” he wrote.

Alexx Ekubo joins the list of other celebrities like Peter Okoye, Mike Ezuruonye and Kaffy who bagged doctorate degrees from higher institutions in Benin Republic.