Home Entertainment ‘I Sold Out 02 Arena Myself’ — Burna Boy Brags 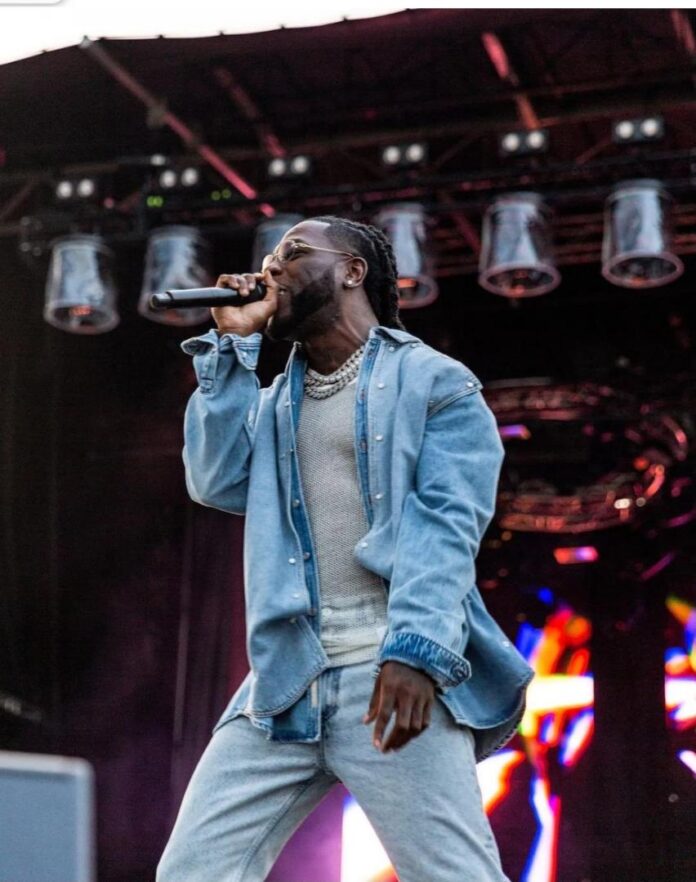 After making a grand entrance at the O2 Arena yesterday, Award-winning singer, Burna Boy gloated over his latest feat of selling out the 02 Arena all by himself.

Burna boy revealed that he sold the tickets at the prices he wanted.

Yesterday, the superstar arrived at his show in a grand style by coming out of a Spaceship with thousands of fans jubilating as he stepped into the O2 Arena.

After the show, he took to his social media page to lambaste those who thought he could not do it

He took to his InstaStories and wrote:

“I SOLD OUT the 02 by myself. At the prices I wanted. Never talk much, Just show Action! ” 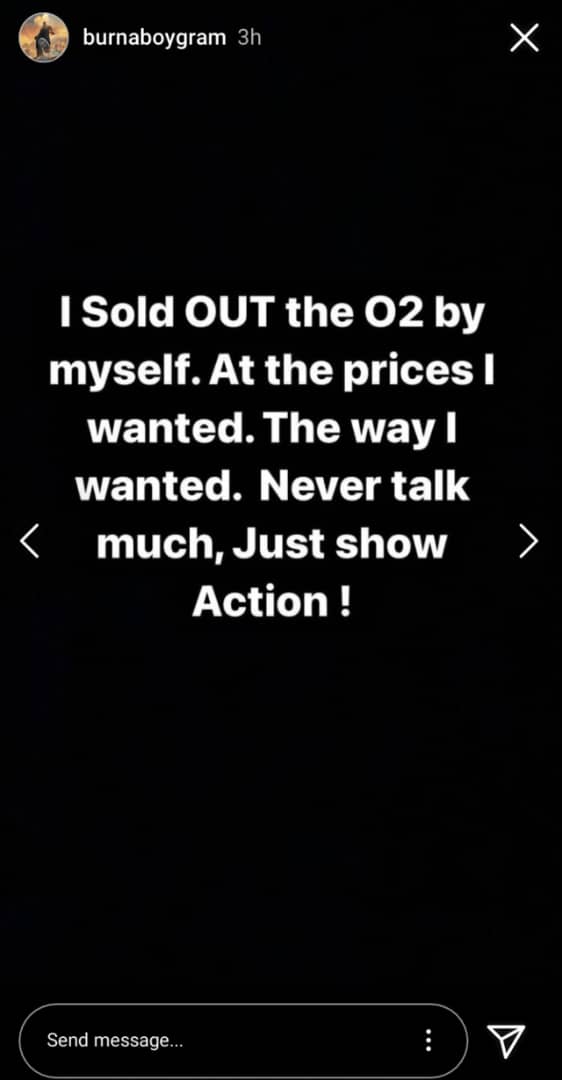