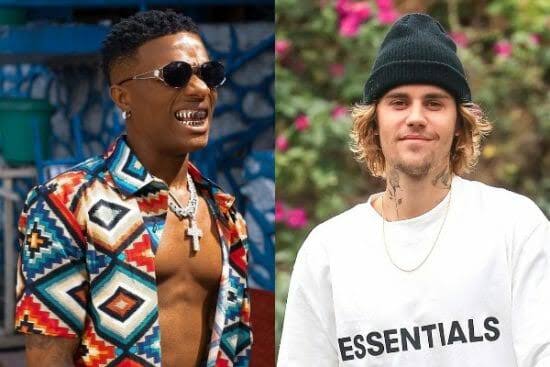 Award winning Nigerian singer, Wizkid got his fans elated as he performed with International star, Justin Bieber in US.

Wizkid joined Justin Bieber on stage to perform the remix of his lates hit song, Essence, at Jay Z’s Made In America Concert in the United States.

The crowd present at the event went wild the moment the two superstars took to the stage to perform the remix of ‘Essence’ which was released last month.

Ever since Essence track was released off Wizkid’s Made in Lagos album in October 30, 2020, it has been topping both international and local charts.

‘Essence’ reached a new limestone on August 31st as it became top 13 on the Billboard Hot 100 and also the most Shazamed song in the United States.

See fans reaction to the video of their favorite superstar performing with international star, Justin Bieber:

An Instagram follower @mannypablo11 wrote, “My body just dey sweet me this after watching this lol 😂😋😋🤩😬😄😃”.