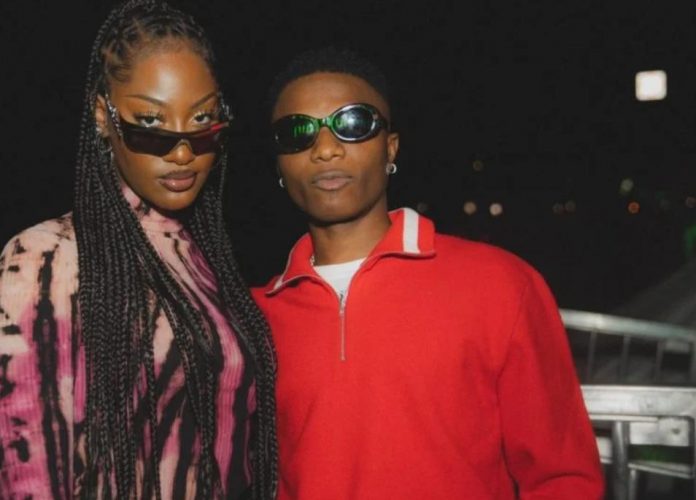 Wizkid and Tems have both been awarded at NOVO event space in Los Angeles.

This top recognition comes after their collaborative song made more than 400,000 sales in the US.

They recieved the platinum plaques for ‘Essence’ on Monday, October 4 after BigWiz’s show at the NOVO event space where they performed together.

Following their recognition, the ‘Ojuelegba’ crooner is seen in a viral video thanking Tems and others who were a part of the song’s success story.

He said: “This is wow to me! It feels like a dream. Thank you guys so much for supporting us. Thank you so much to the team for believing in the dream from early.

“You know the whole gang, like, thank you so much. I appreciate you guys so much and I pray that God will continue to bless each and every one of you,” he said.

“I want to really appreciate you (Tems) I love you baby girl, you’re a superstar. This is your moment, the world needs to hear this, you’re special to me. This is personal to me,” he said.

“We have a platinum record, I just want to thank everyone, from Tems to the producers and others. Thank you for all the support.”

Since ‘Essence’ was released off Wizkid’s 2020 ‘Made in Lagos’, album, the song never stopped pulling praises to itself in the global music landscape.