Home Entertainment BBNaija Queen Reveals She Is From A Royal Family 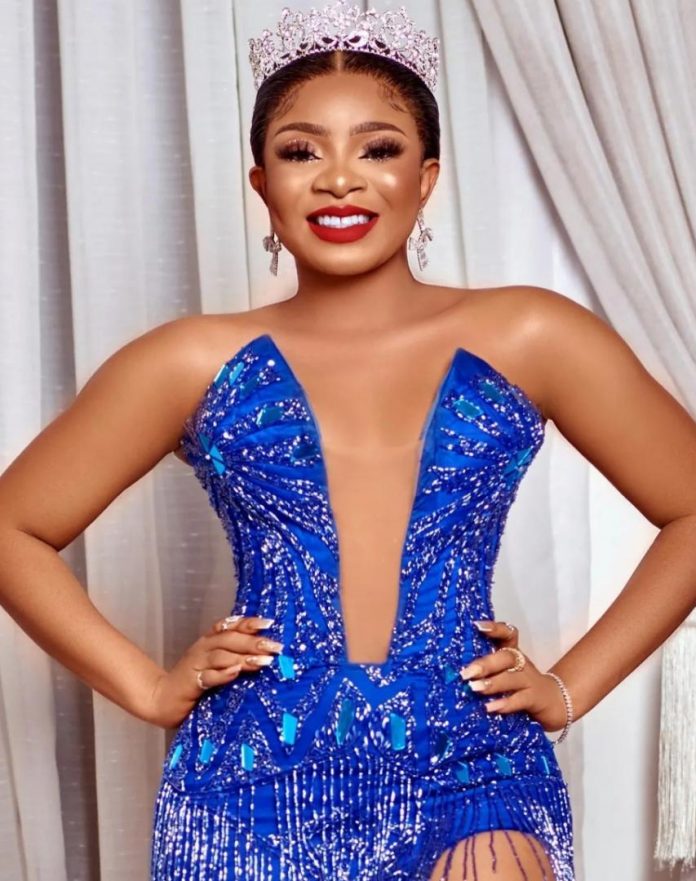 Big Brother Naija ‘shine ya eye’ housemate and philanthropist, Queen Mercy Atang has revealed that she is from a royal family.

The reality star made this known while explaining why she always compliment her dressing with a crown.

She opened up during a question and answer session on her Insta-stories after an inquisitive fan asked if she would continue to rock her crown despite being dragged for it.

Queen replied the fan by stating that the crown reminds her of who she is. She said she’s an ex-beauty queen and also from a royal family.

She further indicated that she has been wearing the crown before she joined Big Brother Naija reality show and she wouldn’t stop wearing it now.

Here is how their conversation went: “Are you going to keep wearing the crown despite the criticism?”, the fan asked Queen.

In response she wrote:“I’m Royal. I’m from a royal family. I’m an Ex beauty Queen. And my crown reminds me of who I’m every time and it makes me happy. I’m already used to my crown even before BBN”. 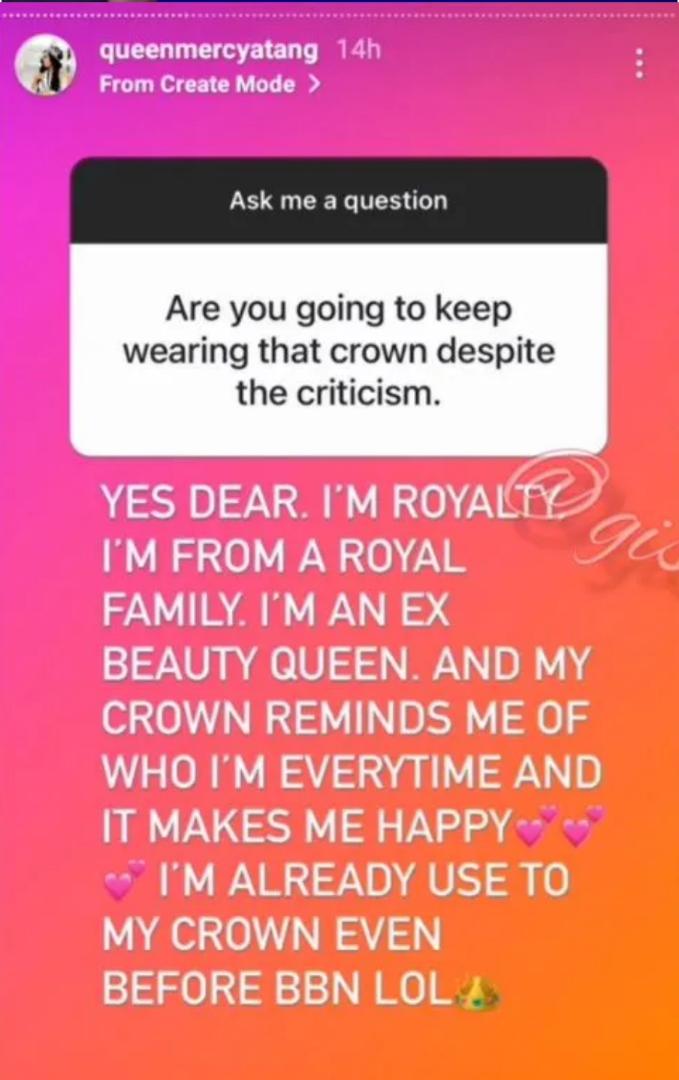