The Chief of Army Staff, COAS, Lieutenant General Faruk Yahaya, has charged troops to ensure the cultivation of cordial civil-military relations with members of their host communities.

The COAS gave the charge on Wednesday, 10 November 2021, while embarking on an operational tour of Headquarters 1 Division, Nigerian Army (NA), Kaduna.

TheFact Nigeria reports that the Army Chief, who was received and conducted round Forward Operational Bases in Sabo Birnin and Rigassa by the General Officer Commanding (GOC), 1 Division, Maj Gen. Kabiru Mukhtar, while urging the troops to remain committed to ensuring security of lives and property of the citizenry, maintained that cordial civil-military relations with members of their host communities and the general public as critical stakeholders, was not only crucial, but a catalyst for operational success.

Yahaya further charged the troops to be ingenious in their training and operational engagements, to effectively tackle insecurity in their areas of responsibility.

Describing emerging security threats as real, the COAS directed the troops to decisively deal with bandits, kidnappers and other criminal elements threatening the security of the nation.

The Army Chief however warned the troops against indulging in any act inimical to ongoing operations, and affirmed his resolve to promptly address cogent challenges confronting the troops in the execution of their tasks. 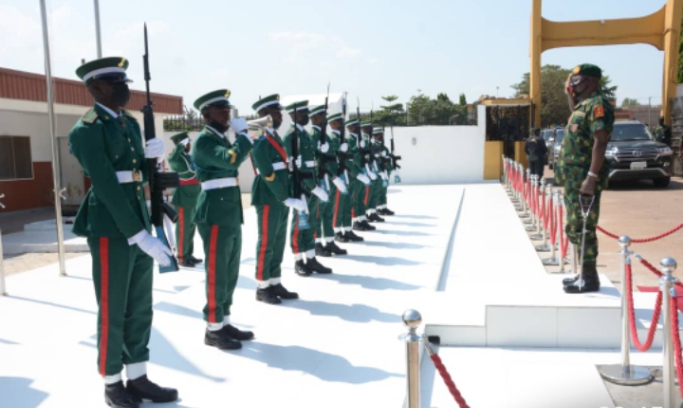 In furtherance of his commitment to empowering and enhancing the functionality of Regimental Sergeant Majors (RSM) of the NA, the Chief of Army Staff presented a brand new Toyota Hilux to the RSM of Headquarters 1 Division, Master Warrant Officer, Auwalu Taudo.

General Yahaya pointed out that the presentation of vehicles to RSMs is targeted at restoring the prestige associated with the office of the RSM as custodians.of regimentation and discipline in Nigerian Army, adding that RSMs play vital roles in grooming and shaping the regimental lives of young officers and soldiers.

CAN Consoles Buhari Over Army Chief, Others Demise