The Rivers state police command has debunked claims that Teni was almost kidnapped in Degema, Asari Toru Local Government Area of the state.

Earlier today, there were reports that unknown gunmen tried to abduct the ‘Case’ crooner.

Teni was invited as a guest artiste at a show in Buguma, Rivers State. Few moments into her performance, there was an uproar that seemed to look like an attempt to kidnap her however, it was foiled following the prompt intervention of her private security.

According to eyewitnesses present at the event, the singer’s security fired a round of gunshots and people had to run for safety.

A video that captured the scary moment also surfaced online. In the video, Teni is seen performing before things took a different turn. There were also sounds of gunshots heard in the background. This happened within seconds. 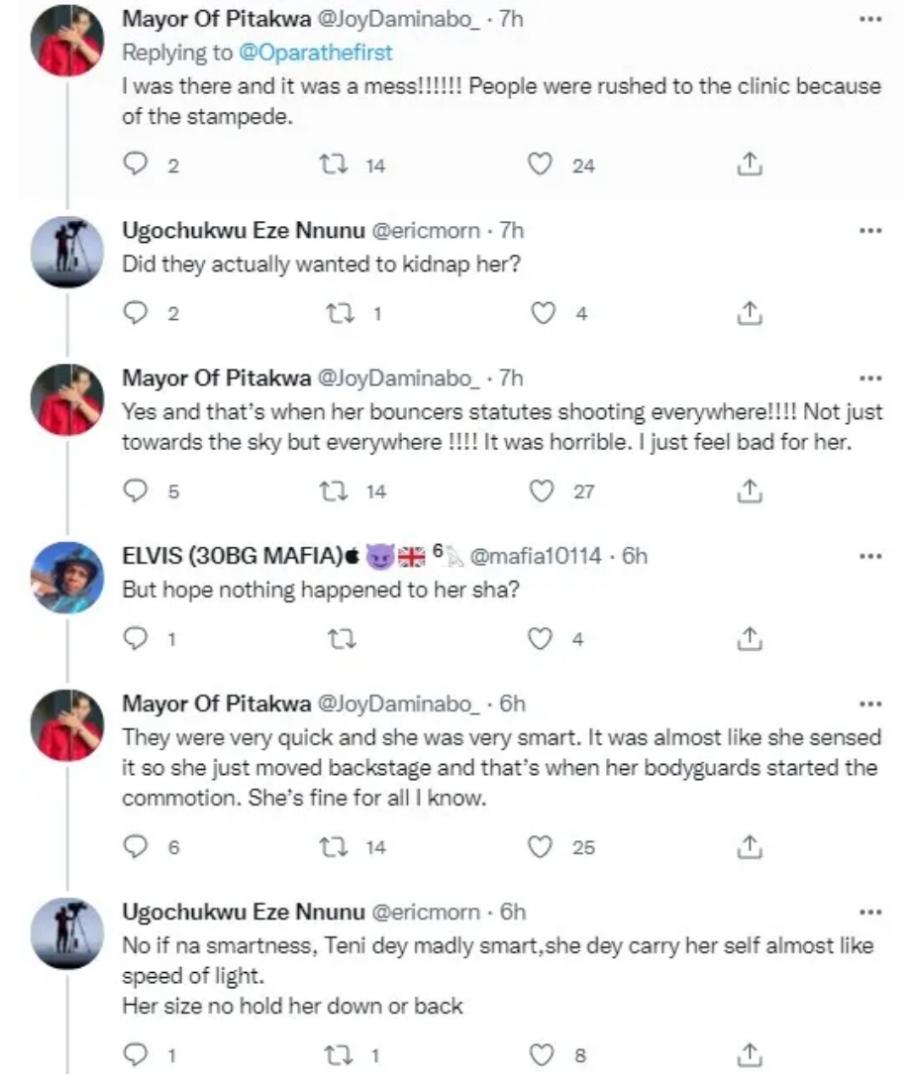 In a new report, the State Command’s Public Relation Officer, Iringe Grace Koko indicated that there was no kidnap attempt.

The police PRO narrated that while Teni’s performance was going on, some miscreants had a misunderstanding at the venue of the show and created a scene.

This made her security agents fire some gunshots to calm the situation.

She also disclosed that the miscreants had a “free for all moment”, but the security agencies were able to save the situation.