The Chief of Army Staff, COAS, Lt Gen. Faruk Yahaya, has paid a courtesy visit to to the governor of Kano State, Dr. Abdullahi Umar Ganduje.

The COAS’ visit, which is part of continuous efforts to improve security in the country, took place today, 26 January, 2022.

TheFact Nigeria reports that the COAS, speaking at the Government House, Kano, stated that he was in the state on a working visit to 3 Brigade Kano and Nigerian Army Battle Fitness Centre (NABFC) Falgore, where the ongoing 82 Regular Recruit Intake screening exercise into the Nigerian Army (NA) is being conducted.

The Army Chief conveyed sentiments of appreciation on behalf of the Nigerian Army to the Government and people of Kano state for their support to NA formations and Units in the State, particularly, NABFC in Falgore forest, adding, that the facility has become a veritable training ground for troops of the NA and potential recruits. 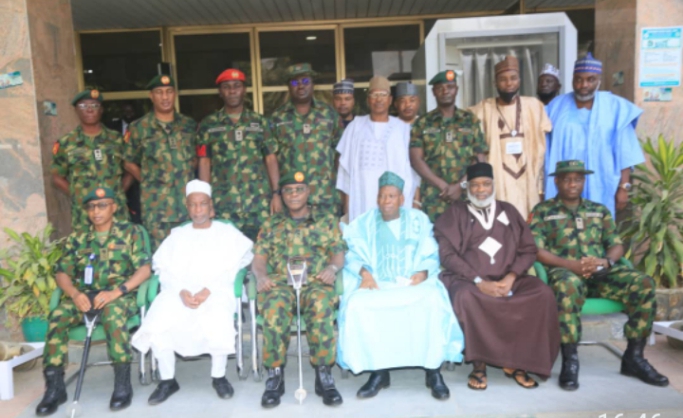 Governor Ganduje in his remarks commended the COAS for his sterling leadership qualities in the command and administration of the NA. He pledged his continuous support to the NA and gave assurance of commencement of phase II of the State government’s support to NABFC.