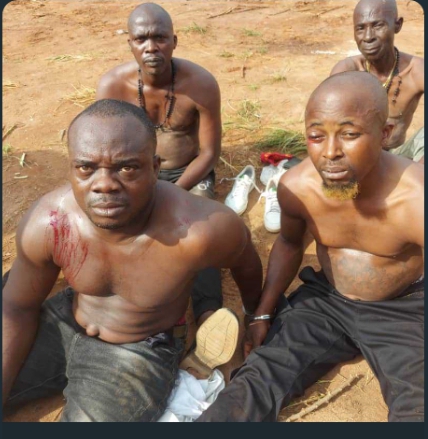 According to a statement Tuesday, by the Director, Army Public Relations, Brig. Gen. Onyema Nwachukwu, the IPOB/ESN elements were felled in a fierce gun battle with the troops yesterday, 25 April, 2022, along Orlu – Orsu Road, while four others were arrested.

TheFact Nigeria gathers that the troops, while on routine patrol, came in contact with elements of IPOB/ESN around the general area of Aluminium Company and All Saints Church. On sighting the patrol team, the criminal elements opened fire and launched grenade attack on the troops.

The vigilant troops responded with superior firepower, and in the process, neutralized two of the criminal elements, compelling others to flee in disarray.

A hot pursuit was launched following the encounter, which led to the arrest by the troops, of four others, and the recovery of one AK 47 rifle, two magazines, one police grenade launcher, two Baofeng communication radios, five mobile phones, one IPOB Beret, two motorcycles, four SIM cards, five wallets containing different ID cards, afrodisiac, charms and the sum of N16, 460.00 (Sixteen Thousand Four Hundred and Sixty Naira) only.

According to Nwachukwu, preliminary investigation on the suspects’ mobile phones reveals gory pictures and videos depicting scenes of cold blooded murders, corpses displayed in shrines and other heinous atrocities committed by the criminals.

2023: I Will Fight Insecurity To A Standstill, Amaechi Pledges