Home Politics 2023: Why Kano APC Delegates Should Vote Me – Amaechi 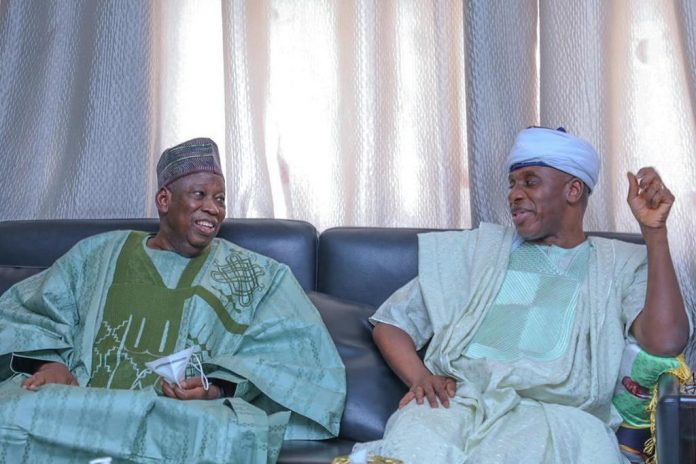 Ahead of the All Progressives Congress (APC) Presidential primaries, former Minister of Transportation Rotimi Amaechi has appealed to Kano State delegates to vote for him considering the numerous achievements he attracted to the State during his time as Minister.

The former Minister made the appeal on Wednesday when he met with the Kano State Governor, Abdullahi Ganduje and delegates of the APC in the State.

TheFact Nigeria noted that Amaechi said his commitment to providing employment through infrastructural development for the people of Kano made him to site the biggest railway project in the state, adding that if elected, he would bring more development to the State.

“When President Buhari appointed me Minister, the first railway project I thought was important was the Lagos to Kano. I had started working on the Kano-Kaduna railway before I resigned.

“I visited Kano more than three times inspecting that railway project, and presently we have achieved between 80 to 100 kilometers of rail line, even though we have not placed the track, we have done the foundation.

“Your Governor told you about Dala Inland Dry Port. Dala Inland Dry Port had been in the Ministry of Transportation for 20 years. I could have declined approval of the project, but I knew that the economy of the Kano people is large and I needed to create employment for the people.

“So, I immediately approved the project, and I tasked the contractor that I want to commission it. I could have commissioned it before I left the Ministry, but I wanted the President to commission it himself. Before I resigned, we had gone for final inspection and we were ready to commission.

“Immediately, I told the developer of the Dala Inland Dry Port that I would not give him a license if he does not build a school for the children. I also told him not to only build a school, they (the children) must attend the school free of charge. Today, that school is completed and he will hand it over to the government,” Amaechi said.

“So, when you march out on that day, march out with your conscience in your hand. If you want us to move forward, if you want the economy of Kano to expand further, to create employment, vote for me. I have created employment in Kano by the mere fact that I approved Dala Inland Port. The Kano-Kaduna railway has created nothing less than 20,000 employment opportunities.

“People will ask you how you paid me back for the things I did for Kano. You need to encourage me by voting for me. You have about 460 or more delegate votes. Give me those votes, don’t waste it, it will be a total waste to take it somewhere else.

“I know what poverty is and I will chase away poverty, because the reason for banditry is lack of availability. We will provide opportunity for everybody and chase the bandits out of town. I have done it before as a Governor, by God’s grace and by the grace of the people of Nigeria, I will chase the bandits away.

“What you must do is to vote for me and I promise you, together, we will develop Kano State and Nigeria. One thing I will focus on in Kano is social housing, because when you’re building, you are creating jobs and you’re creating accommodation for people,” Amaechi said.

Earlier at the Kano State Government House, Governor Abdullahi Ganduje lauded the Presidential hopeful for his sterling leadership qualities, stressing that the projects attracted to the State by Amaechi will remain indelible in the hearts of the people.

According to him, “Your Excellency, as the Minister of Transportation, you concretized the position of Kano in terms of the connection with West Africa. You situated the biggest railway station in Nigeria in Kano and I believe this will transform the socio economic development of our city and of our State.

“There’s another thing that you may not be nostalgic about, that is the Dala Inland Dry Port. When some Kano State government officials with some developers came to your office in other to seek for your permission with the State, that twenty year-old project that could not take off before my time, I made sure that I got the approval for the reinstatement of that certificate and your good self made that one possible. And you came to Kano concerning that project more than five times. Kano State is grateful to you,” Ganduje said.