Palm oil is an important vegetable oil that is used as a raw material for both food and non-food industries. Being a vegetable oil, palm oil is cholesterol-free. The oil is used in food manufacturing, in beauty products, and as biofuel.

According to reports, palm oil accounted for about 33% of global oils produced from oil crops in 2014. On average globally, humans consumed 7.7 kg (17 lb) of palm oil per person in 2015. Since then, demand has also increased for other uses, such as cosmetics and biofuels.

Between 1950s and 1960s, Nigeria was the leader in the world oil palm market. Unfortunately, from that enviable height of controlling about 40 percent of the world market, Nigeria slipped to fifth position, barely producing 3 percent of the global supply of oil palm.

Over the past couple of decades, Nigeria has performed abysmally in this market, becoming a net importer of oil palm to meet up with the demand gap in the country.

Obviously, there are a myriad of production challenges confronting oil palm production in Nigeria and the consequent low or inadequate yield.

These range from the age of palm trees which can affect the overall output, inadequate capital for innovation, limited access to land due to the land tenure system, continuous destruction of wild groves from which the fresh oil palm fruits are harvested and difficulty in accessing high value seedlings.

Others include: lack of proper scaling of milling technology which result in sub-optimal output, inefficient synergy between stakeholders in the value chain, inability of the small millers to meet industrial quality, quantity and timeliness of delivery, constrained access to fertilizer, high cost of transportation and labour, poor or inadequate management of plantations and under-capacity utilization.

Importation of palm oil into Nigeria

Of course, with the aforementioned challenges, the domestic demand for palm oil increased above the production, therefore, Nigeria resulted to importation of the product from China and Malaysia. 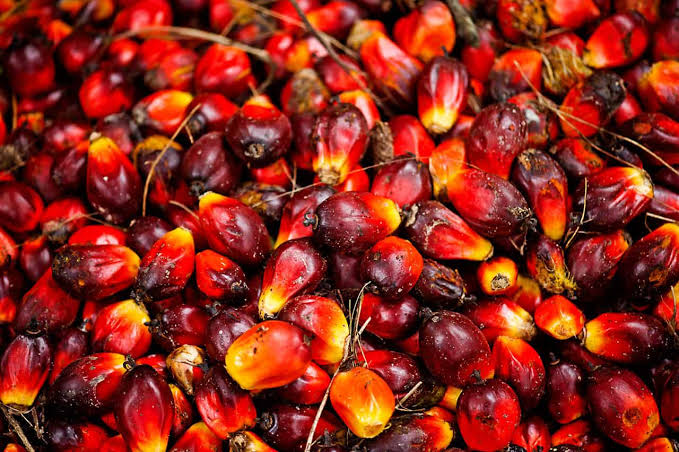 According to reports, around 1.8 million metric tons of palm oil were expected to be consumed in Nigeria as of the 2021/2022 crop year. This represented a peak in consumption compared to the ten preceding years, indicating that the farm product is one of the major crops in the country with a growing domestic need.

The current war in Ukraine and recent ban on palm oil export in Indonesia have however, widened the global demand gap for the product.

Surpassing Malaysia in 2008, Indonesia has experienced a rapid expansion of oil palm plantations in recent decades, and the country was responsible for almost 50% of global palm oil production in 2017; Indonesia is now the world’s largest producer.

Indonesia ordered a ban on the export of the commodity starting April 28, 2022 to address an ongoing shortage of cooking oil in the country.

President Joko Widodo announced the ban on April 22, 2022 set to run indefinitely, saying he wanted to ensure the country has enough cooking oil amid a general surge in food prices both domestically and abroad. Since late last year, however, Indonesia has suffered from acute shortages of cooking oil.

Few years ago, the Governor of the Central Bank of Nigeria (CBN), Mr. Godwin Emefiele envisioned an oil palm market that is dominated by Nigeria; overtaking Thailand and Columbia to become the third largest producer through increased production from 1,250,000 metric tones to 2,500,000 metric tones by the year 2028.

Currently in Nigeria, oil palm production per annum is 1,250,000MT and the current demand is 2,500,000MT per annum. To meet this demand, the value of imports accounts for about N60 billion annually and unhealthy for the nation’s economy.

However, to achieve 50 percent import substitution through production upgrade within the next ten (10) years, there was need to bridge the demand deficits for domestic production of fresh fruit bunches from 8.5 million MT recorded in 2010 to about 10 million MT in 2020. 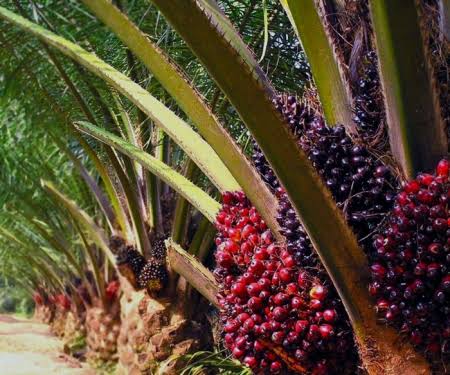 The additional 1.25 MT of fresh fruit bunches was estimated to produce 150,000 MT of palm oil using an average of 12 percent extraction rate.

To change the narrative, the CBN engaged the stakeholders, including State Governors and other top government functionaries from the oil palm producing states, to have their buy-in and partnership in order to stimulate investments in the palm oil plantations.

After the engagement, CBN was able to woo thirteen (13) state governors who pledged to make available a total of 904,624 hectares of land for development under the Anchor Borrowers’ Programme.

Emefiele had stated that the ultimate goal was to become the third largest producer of palm oil through the cultivation of approximately 350,000H by 2025.

According to him, the core objectives of the intervention was to: meet local demand of palm oil, improve local processing quality and standards, conserve foreign exchange reserves, create jobs and enhance the skills of Nigerian people along the oil palm value chain, facilitate easier access to funding for oil majors, SMEs and smallholders, improve and grow the economy.

In line with these objectives, the CBN has facilitated land allocation to investors through states governments. So far, 170,000Ha has been allocated to investors across 11 states.

As at January 2020, the bank said, a total of N30 billion was disbursed to seven oil palm companies to support their expansion programmes, with the CBN expecting 40 applications from investors across the country. 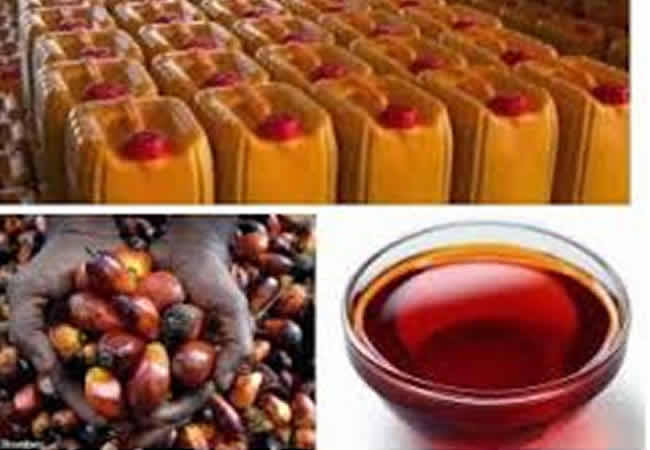 The apex bank is working closely with the Nigerian Institute for Oil Palm Research (NIFOR) to enhance their seeding production capacity and standard.

To develop framework for inclusion of smallholder farmers, given their potentials.

The intervention is expected to increase oil palm production and support the economic diversification drive of the country.