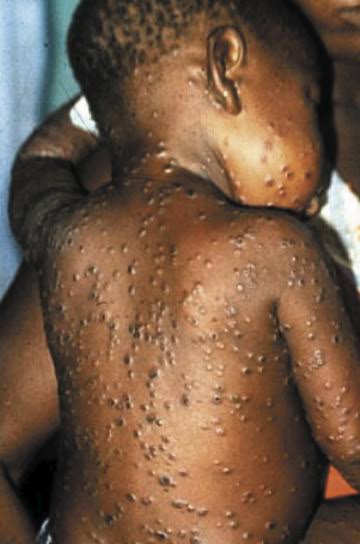 The Nigeria Center for Disease Control (NCDC) has disclosed ways the public can prevent the dreaded Monkeypox disease.

NCDC made this known on Sunday, May 29, 2022, in it’s recently published Public Health Advisory on Monkeypox.

The Agency described Monkeypox (MPX) as a rare viral zoonotic infectious disease (i.e., an infection transmitted from animals to humans) that is endemic in areas in and near tropical rainforests in Central and West Africa.

It noted that the exact reservoir of the MPX virus was still unknown although rodents are suspected to play a part in transmission. “So far, the virus itself has been identified in wild animals in Africa only twice (from a type of squirrel and a type of monkey in the Democratic Republic of Congo and Cote d’Ivoire respectively). Rodents from West Africa (rats, dormice, and squirrels) being sold in a store in the United States contributed to a 2003 outbreak”, NCDC said.

It further noted that the virus could spread both from animal-to-human (which is the first (spill-over) event preceding the detection of cases in humans), and from human-to-human. Animal-to-human transmission may occur by direct contact with the blood, body fluids, the skin or mucosal lesions of infected animals (e.g., monkeys, squirrels, and rodents).

This can happen through a bite, scratch, handling of, or eating inadequately cooked or other products of infected bushmeat. Human-to-human (person-to-person) transmission occurs when a person comes into contact with the virus from an infected human, or materials contaminated with the virus such as clothing, beddings.

As a consequence, household members or healthcare workers are at greater risk of infection. The virus enters the body through broken skin (even if not visible), the respiratory tract, or the mucous membranes of the eyes, nose, or mouth.

Highlighting preventive measures to be observed by the public, the Health Advisory said: “To prevent MPX, members of the public are urged to practise infection prevention and control measures that have proven to limit the spread of MPX infection. “This includes:

“Avoid contact with animals that could harbour the virus including sick or the dead animals in areas where MPX has been confirmed.

“Practice frequent handwashing with soap and water especially after caring for or visiting sick people.

“Ensuring all animal food products are properly cooked before eating

“Use of appropriate protective clothing and gloves while handling sick animals or their infected tissues and during slaughtering procedures”.

Symptoms of Monkeypox disease include “fever, headache, body aches, weakness, swollen lymph nodes (glands) and a rash. After about 1 to 3 days of fever, the rash erupts, beginning on the face and then spreading to the body with the face and palms/soles being mostly affected. They can also occur in and around the genitals which is why contact during sex is one mode of transmission. It is mostly a self-limiting illness that often lasts for 2−4 weeks”, the Agency explained.