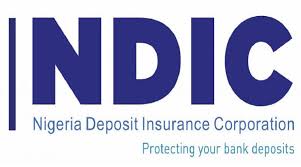 The Nigeria Deposit Insurance Corporation (NDIC) has commenced the closure of 42 Microfinance Banks (MFBs) which operating licences were recently revoked by the Central Bank of Nigeria (CBN) with verification of their respective depositors.

This was disclosed in a release signed by the Director, Claims Resolution Department of the Corporation, Mrs. Nurat Ajigbewu.

According to the NDIC, the CBN revoked the operating licences of the failed MFBs with effect from Thursday 12th November, 2020.

Consequently, the Corporation as the official liquidator of the banks commenced the process of closure and payment of insured sums to verified depositors of the banks.

In carrying out this mandate, the Corporation has requested all depositors of the closed banks to visit the respective banks’ addresses from Monday 21st – Thursday 24th December, 2020 where NDIC officials would be on ground to verify their claims.

The Director, Communication & Public Affairs Department, Bashir A. Nuhu in a statement said, the Corporation requested eligible depositors to visit the banks’ locations with proof of account ownership such as passbook and cheque book as well as valid means of identification to enhance their verification.