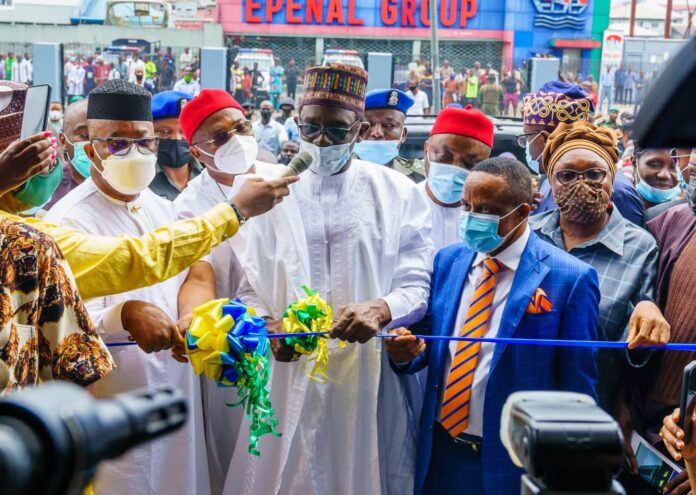 President Muhammadu Buhari has expressed optimism that the commissioning of the head office of the Niger Delta Development Commission (NDDC), would not only reduce administrative cost, as it applies to payment of rent annually, but also ensure greater development of the region.

Buhari stated this on Thursday during the virtual programme organised to celebrate the commissioning of the completed 13-storey building of the NDDC headquarters in Port-Harcourt, the Rivers State capital.

TheFact Nigeria reports that the commissioning is coming 25 years after the ground breaking ceremony.

The President said, the commissioning signalled his administration’s commitment towards a wholistic reform, which was conceived in 2015, when he assumed office as the fourth Nigerian leader since the return of democracy in 1999.

Specifically, President Buhari noted that the commissioning of the new headquarters building of the interventionist agency, was part of the Administration’s reform programmes for greater service delivery to the people of the region.

“We are handing over to the people of the region a befitting head office for present and future use.

“Consequently, huge yearly rentals would now be saved and deployed to other areas of needs in the region”, President Buhari said.

He said the action was aimed at repositioning the commission, which has come under severe attacks, with many alleging its a cesspool of corruption.

The President said: “as part of the Administration’s policies, in 2015, we embarked on a holistic reform programme which included the NDDC, to repositioning it for greater service delivery to the people of the Niger Delta Region and to Nigerians in general.

“To achieve this, we reassigned the supervision of the Commission to the Hon. Minister, Ministry of Niger Delta Affairs (MNDA), Sen. Godswill Akpabio, CON, for administrative efficiency and we also appointed Forensic Auditors to review the activities of the NDDC from inception to 2019 to ensure that appropriations made to the commission commensurate with development on ground.

“I commend the management and staff of NDDC for staying the course and keying into the reform agenda of our administration. I note the cordial relationship between the NDDC and the National Assembly and hope this relationship will be strengthened further for benefit of the Niger Delta region”.

In his speech, the Minister of Niger Delta Affairs (MNDA), Godswill Akpabio, had said that the commissioning of the NDDC building is another legacy that shows the Buhari Administration’s commitment to the development of the Niger Delta region.

The Minister further stated that, “when I reported my findings to the concerned authorities, the President gave marching order which led to the completion of the building”.

He also said that the president has undertaken projects abandoned by previous governments including the Maiduguri-Port Harcourt railway, the East-West road section I-IV which construction started in 2006 and due to the commitment of this administration, these projects would soon be completed and commissioned.

According to the Minister, Federal Government is committed to addressing the infrastructural deficiency, socio-economic challenges and incessant youth restiveness that had characterized the region for years to assuage the living condition of the Niger Deltans. 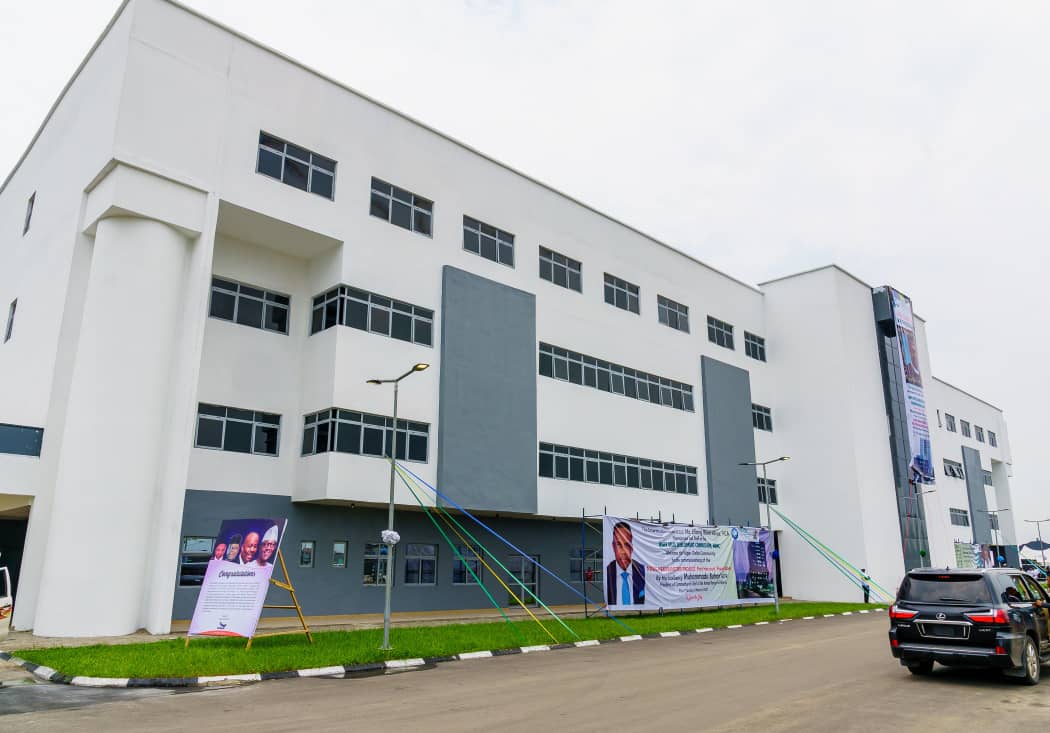 In his remarks, the Imo State Governor, Hope Uzodinma, who spoke on behalf of the Governors of the States of Niger Delta region, commended President Muhammadu Buhari for setting up a forensic audit to look through the books of NDDC.

Uzodinma ,in statement by the director of press and public relations Deworitshe Patricia, assured that the Governors are in support of the Federal Government efforts to reposition the NDDC and make it responsive to the yearnings and aspirations of the people.

In his welcome address, the Interim Administrator/Chief Executive Officer, NDDC, Effiong Akwa, while conveying the gratitude of the people of Niger Delta region to the President, stated that, “today we stand to witness a triumph of will and the commitment to change the narrative of the Niger Deltans to a region that is socially stable, politically peaceful, economically prosperous and ecologically regenerative.