Home Entertainment Actress Reveals Why She Burst Into Tears Over House Gift By... 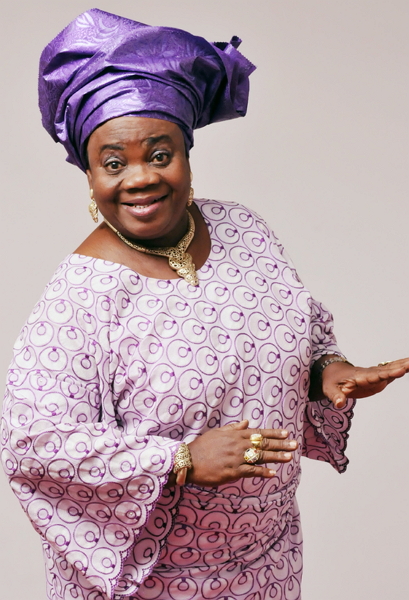 Veteran actress, Lanre Hassan, popularly known as Iya Awero, was in the news during the week when she was gifted a new two-bedroom apartment in Ikorodu by the Lagos State government.

Expressing joy at the gesture, Iya Awero told Saturday Beats that she was overwhelmed with gratitude and that was why she cried at the presentation. She said, “It came as a surprise to me. I was not expecting it at all. I am so happy about it. I could not even control myself and I did not know when tears started dropping from my eyes.

“I am very thankful to the Lagos State government. Governor Babajide Sanwo-Olu said that it is not after we die that we should be celebrated, and that is very important. If one is appreciated in one’s lifetime, one would know one is doing well and one would even strive to do better. That way, the younger generations would also be encouraged to put in their best because they know they would be celebrated.

“We (entertainers) make people laugh away their sorrows and it does feel good when we are appreciated. Others should also learn a lesson from what the Lagos State government has done.”

Reacting to those who feel the gesture should have come a long time ago, Iya Awero said, “I feel it came at the right time because I am still alive. Whenever God blesses one, one should receive it with open hands. There isn’t a lot of money in the industry. However, our work comes with a lot of respect and honour. We are usually celebrated wherever we go.”

On whether she had moved into the new house, she said, “No, I have not. I would move in at anytime I like. I have a house I am staying presently and I am not being pursued from there. There are also some paperwork I need to fill.”

Speaking on the issue of young actressezs buying expensive cars and houses, which many suspect are gifts from ‘sugar daddies’, the veteran thespian said, “I don’t know anything about sugar daddies or even sugar mummies. All I know is that I call on God and He always answers me.”