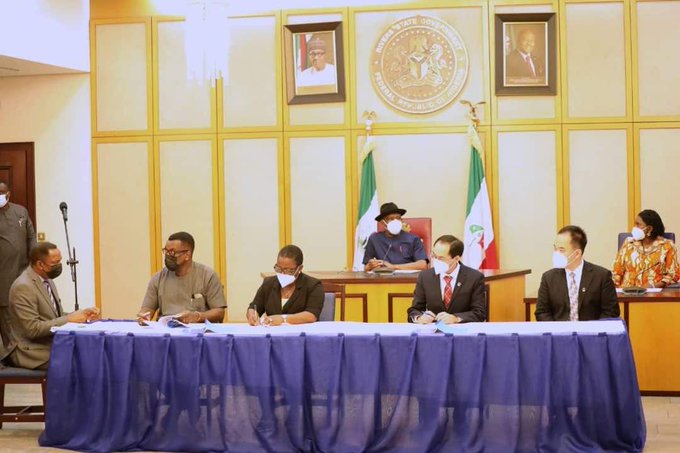 The government of Rivers State, South-South Nigeria has awarded the contract for the construction of Trans-Kalabari road and the Phase II of the Sakpenwa-Bori-Kono road.

The cost of the contract awards was however not stated.

Lubrik Construction Company is not new to handling project works in Rivers State.

In midyear 2020, Lubrik Construction won a $122 million contract for the development of Onne Port Complex in Rivers State.

Governor Nyesom Wike of Rivers State urged the people to own and protect the projects and also give their maximum support to the contractors.

@GovWike wrote: “Today we awarded the contract for the construction of the Trans-Kalabari Road and the Phase II of the Sakpenwa-Bori-Kono road to Lubrick Construction Company and CCECC respectively.

“Both roads are of critical importance to their host areas and are to be funded by a N1bn irrevocable monthly payment deducted from the State’s internally generated revenue. “We urge people of the areas to take ownership of the projects and support the contractors maximally.”