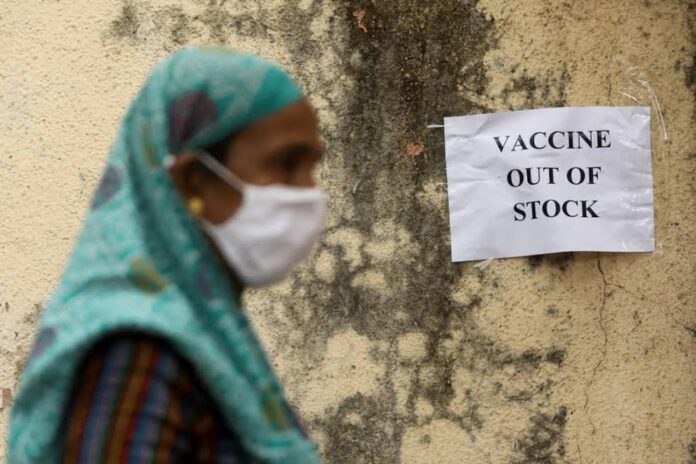 India pledged on Friday to raise monthly production of its own COVID-19 vaccine about tenfold to nearly 100 million doses by September, as immunisations have slowed in the country despite a surge in new infections.

After donating and selling tens of millions vaccine doses abroad, India has suddenly found itself short of Covaxin, its only domestically made shot. The government is now trying to raise production at manufacturer Bharat Biotech, and fast-track imports of other vaccines.

The ministry of science and technology, giving the September target, pegged current capacity at 10 million doses a month.

“The current production capacity of indigenously developed Covaxin vaccine will be doubled by May-June 2021 and then increased nearly 6-7 fold by July-August,” it said.

The ministry added that the government would provide $17 million in funding to boost Covaxin output. Apart from Bharat Biotech, two state-sector firms – Haffkine Biopharmaceutical and Indian Immunologicals Ltd – will develop a combined monthly capacity of up to 35 million doses in the coming months, under the plan.

India’s daily vaccinations peaked at 4.5 million doses on April 5, as its second wave of infections picked up, but have averaged about 3 million a day since then, according to the government’s Co-Win portal that coordinates immunisations.

The AstraZeneca (AZN.L) vaccine, made locally by the Serum Institute of India (SII), accounts for more than 91% of the 115.5 million doses given in the country. But a production ramp-up at SII, the world’s biggest vaccine maker, has been delayed by a raw-material shortage due to U.S. supply restrictions.

“Respected @POTUS, if we are to truly unite in beating this virus, on behalf of the vaccine industry outside the U.S., I humbly request you to lift the embargo of raw-material exports out of the U.S. so that vaccine production can ramp up,” Poonawalla said on Twitter.

India has reported the most number of COVID-19 cases in the world this month. Its total of 14.3 million infections since the pandemic began is the most after the United States. India has also recorded 174,308 deaths.

Many vaccination centres in India are now rationing supplies though they are only inoculating people above 45 years, having started the campaign in mid-January with front-line workers.

India has administered the most doses in the world after the United States and China, but it ranks much lower per capita.

The government said on Friday the country had a stock of about 26.7 million doses of vaccines. Going by vaccination rates in the past week, that will last about nine days.

India this week gave emergency authorisation to Russia’s Sputnik V vaccine and imports to cover as many as 125 million people will start this month. The government has also urged Pfizer, Moderna (MRNA.O) and Johnson and Johnson (JNJ.N) to sell their shots to India.