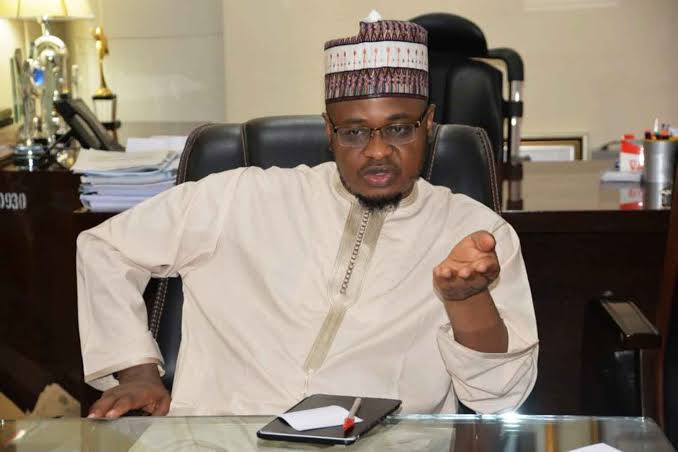 Muric made the demand  in a statement  on Thursday  signed  by its Executive Director, Professor Ishaq Akintola.

TheFact Nigeria recalls that the minister has been under fire over statements he made  in the past in support of Islamic extremist groups Al- Qaeda and Taliban.

However Pantami, who denied having  any link with the group admitted making the controversial statement supporting the group but  he said  his views on such extremist groups has  changed.

Consequently, Muric said, “The call for the resignation of the Minister of Communications and Digital Planning, Dr Isa Pantami, over remarks made as a teenager and long before he became a minister is quite worrisome. The question we are asking is ‘Why now? Why were those radical remarks not mentioned before now?

“None of the nouveau critics who are yelling today has mentioned any official misdemeanour committed by Dr Pantami while in office as DG of NITDA or since he started serving as minister. So, the call for his resignation is therefore an afterthought. It is belated and it should be ignored by patriotic Nigerians.

“We call on President Muhammadu Buhari to ignore the rantings of Pantami’s critics. We advise Mr President to read between the lines. The idea is to rubbish the communication minister.

“But it is more than that. They want to score a cheap political point with their demand for Pantami’s resignation. It is also a ploy to weaken this administration.

“It is our contention that the brilliant initiative of NIN, which is capable of exposing rogues and criminals is behind the attacks on him and calls for his resignation.

“The NIN initiative, which came from Pantami is giving unscrupulous elements sleepless nights and their desire is to stop it. They want our state of insecurity to continue. Mr President must not allow the enemies of Nigeria to have their way. Pantami is not the real target. President Buhari is the ultimate.”