Another well-known personality in Nigerias movie industry has had his name dragged in the mud.

An Instagram user identified as @Feyi1 called the attention of a controversial blogger, Gistlover to help expose a prominent movie producer, Adebayo Tijani for allegedly sleeping with actresses in exchange for movie roles in a bid a bid to help move their career to the next level.

The lady revealed that she was victimized by the producer.

She said Adebayo initially raped her and later promised to advance her career.

She also indicated that the producer infected her with a sexually transmitted disease (STD) when they met.

In her post, she described Adebayo as a very dirty, smelly and shapeless man. 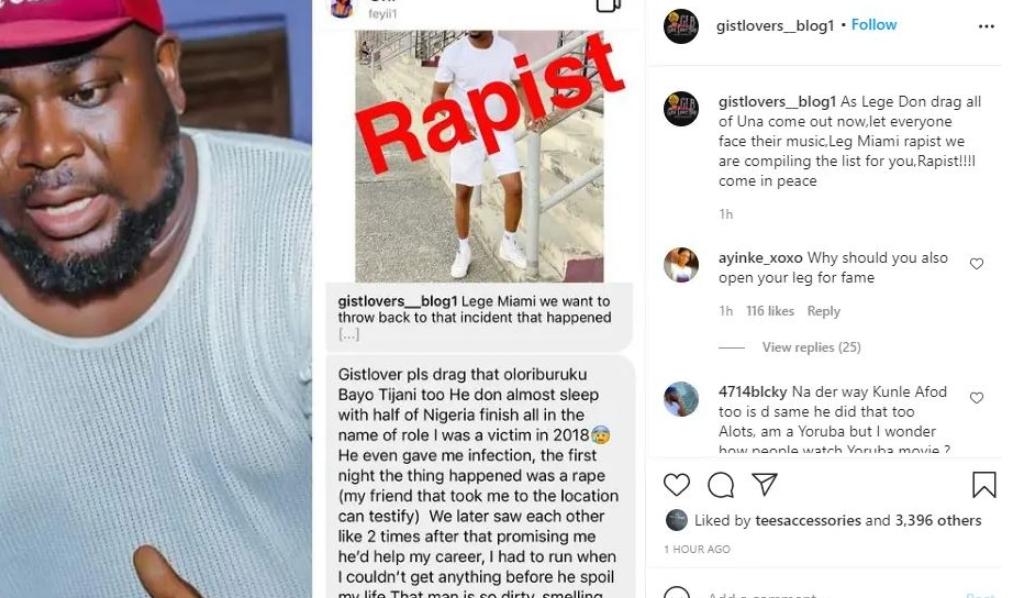 Gistlover, please drag that Oloriburuku Bayo Tijani too He don almost sleep with half of Nigeria finish all in the name of role. I was a victim in 2018 He even gave me infection, the first night the thing happened was a rape (My friend that took me to the location can testify) we later saw each other like 2 times after that promising me to help my career, I had to run when I could’nt get anything before he spoil my life. That man is so dirty, smelling and shapeless”.