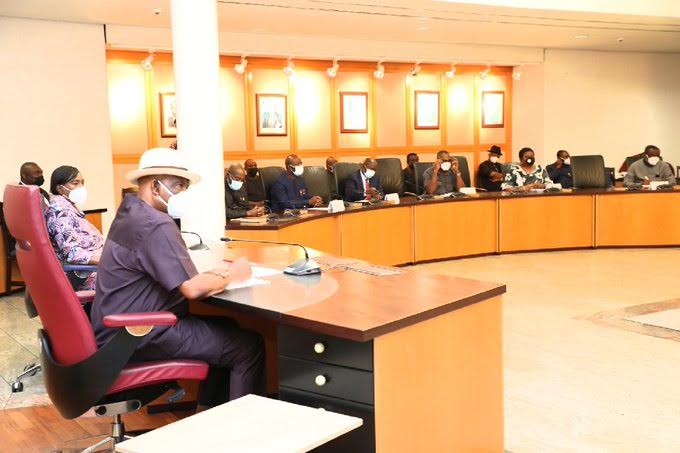 The government of Rivers State has said it is committed to further support the World Health Organization, (WHO) by way of partnership to better the health of the people.

Rivers State Governor, Mr. Nyesom Wike revealed this when he hosted Representative of the WHO to Nigeria, Dr. Walter Kazadi Mulombo and his team.

Governor Wike stressed that Rivers was committed to its bonds of partnership with the WHO.

The Governor said that the cooperation between his State and WHO was key to improved public health care systems resulting to the grains in the fight against tuberculosis, polio, HIV and Covid-19.

Governor Wike made this known in tweets he posted on his official Twitter handle, @GovWike.

@Gov. Wike wrote: “Today’s visit of the @WHO representative for Nigeria, Dr Walter Kazadi Mulombo and his team was a chance to reiterate our commitment to the bonds of partnership between the state government and the W.H.O.

“We are committed to further support the WHO as we look forward to a more robust partnership for the betterment of the health of Rivers people.”