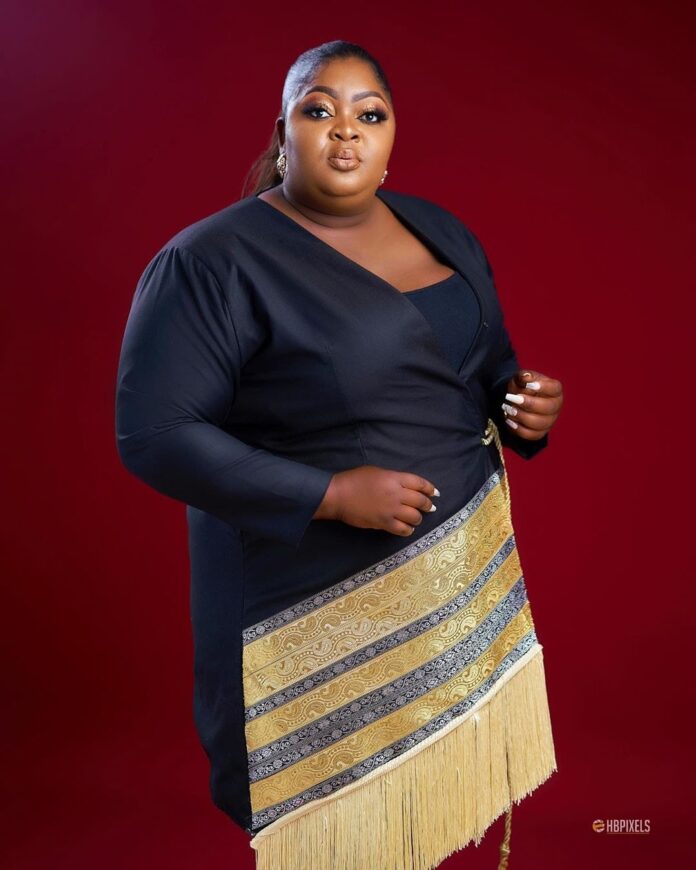 Popular Nollywood actress, Eniola Badmus has revealed that she is sure she is the only one who doesn’t collect money from her partner.

The 43-year-old actress took to her Snapchat to share her view.

She disclosed that she is the only one that does not put pressure on her boyfriend in terms of finances.

She wrote: “I think am the only one that doesn’t collect money from who am dating”

However, her post generated mixed reactions on social media.

Some social media users especially ladies argued that she was not being truthful.

Meanwhile, some opined that she should be the one paying her partner because of her size.

“Hmmmmm she might be right tho cuz if I am the one eating you , auntie you are the man I am the woman so you have to giving me money ooh it’s not easy to date someone like you”
meetdeprince wrote,

“Normal normal Na you suppose dey pay am Na..To drive Camry and to drive trailer no be the same thing oh”

official_chike_tk wrote,
“You even suppose to be paying who you are dating sef..dating you alone is very stressful and big employment”

iam_mrchilling wrote,
“Yes na … you have to be paying him sef .. you go Dey chop plenty food na ….” 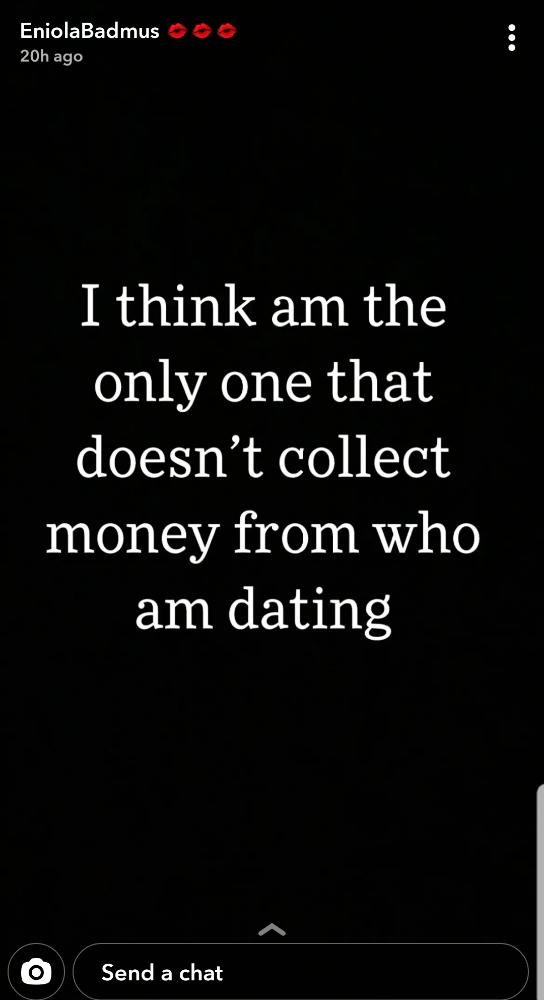