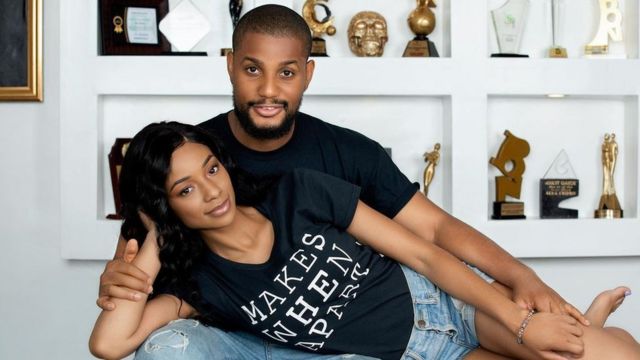 Popular Nollywood actor, Alex Ekubo who recently purposed to his fiancee, Fancy Acholonu, has revealed the date for his wedding.

Alex surprised his fiancee when he proposed to her. According to Fancy who shared the moment she was proposed to on Instagram, she revealed that her proposal was a set-up one.

She thought she was on her way to a photoshoot with her sister not knowing that she was going to be proposed to.

However, since there is a ring in the relationship picture, Alex took to his Instagram page to announce the date he would get married to Fancy officially and traditionally.

moabudu: Congratulations my darling. God bless and keep you both. We are excited.

moyolawalofficial: is such a beautiful thing.