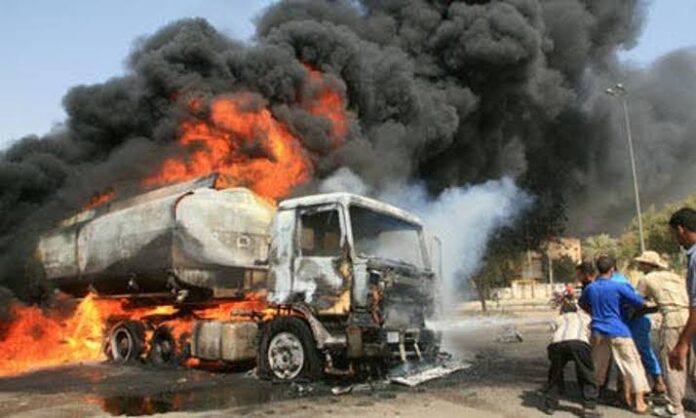 The Kogi State Government has released a press statement informing members of the public of another tanker accident at Felele on the Okene-Lokoja-Abuja road today.

According to the statement signed by the State Commissioner of Information and Communications, Mr. Kingsley Fanwo, the tanker which was fully loaded with Premium Motor Spirit, PMS (Petrol) was involved in an accident this afternoon.

The statement however said, State Government has put in place, all necessary safety measures and has since deployed men of the Fire Service and other security personnel to the scene of the accident to avert human casualties.

Furthermore, the State Government, by way of the statement, strongly advises members of the public who are scooping the PMS from the fallen tanker to immediately desist from such a dangerous act to avoid plunging the state into another tragedy.

Anyone found to be engaging in activities capable of endangering the lives of the people around the accident scene will be made to face the full wrath of the law.

Residents of the area are to go about their normal businesses with caution as Government is in full control of the situation.

#BBNaija: “Pere And I Will Be ‘Bestfriends’ Outside The House” – Whitemoney