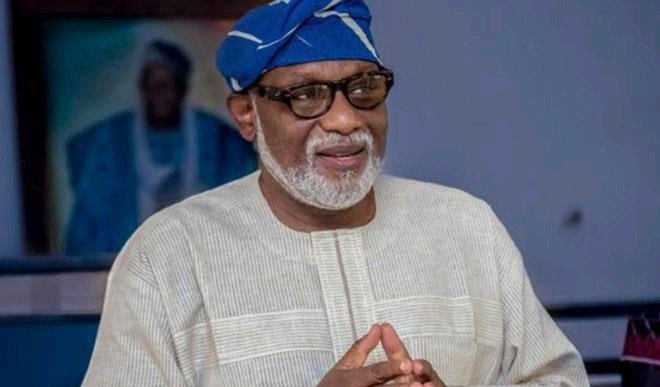 The All Progressives Congress (APC) has congratulated its candidate, Governor Rotimi Akeredolu on his victory in Saturday’s governorship election in the State.

In the just concluded governorship election that took place in the 18 Local Government Areas of the State simultaneously in the 3,009 Polling Units, 203 wards in the State.
Akeredolu polled a total of 292,830 votes to defeat Eyitayo Jegede of the Peoples Democratic Party (PDP) who garnered 195,751 votes.

According to the Independent National Electoral Commission, a total of 572,745 valid votes were cast, 18,448 votes were rejected, and over 16,000 votes were cancelled.

Among the valid votes, therefore, APC won the election by winning 15 Local Government Areas out of the 18 Local Governments in Ondo State with a total of 292,830 votes. Hence, Akeredolu wins with an overwhelming majority.

The council said the victories of Governor Akeredolu and His Excellency, Godwin Obaseki in the September 19 Edo State governorship election, defined APC’s ideology-preference for physical infrastructure to the stomach infrastructure of opposition Peoples Democratic Party (PDP).

These were contained in a statement by a member of the APC National Campaign Council and Director General of Voice of Nigeria (VON), Mr Osita Okechukwu, on Sunday.

According to the statement, “ On behalf of the All Progressives Congress (APC) National Campaign Council led by the Governor of Lagos State, His Excellency, Babajide Sanwolu, congratulates His Excellency Rotimi Akeredolu for his victory in the Saturday 10th, October, 2020 Ondo State gubernatorial election.

“For us in the APC his victory and that of His Excellency, Godwin Obaseki, both products of APC in the last four years have in no small measure defined our ideology-preference of devoting much more resources to physical infrastructural development to Stomach Infrastructure as per PDP.”

Going further, Okechukwu recalled that they had in an earlier press statement stated unequivocally that, “We don’t harbour any fears of APC not winning Ondo State. That Akeredolu and Obaseki share a lot in common. One, they devoted much more resources in the past four years to physical infrastructural development than stomach infrastructure. That this is why some elites are antagonistic to both.”

Okechukwu also congratulated the good people of both states for buying into APC’s ideology-preference for physical infrastructural development to stomach infrastructure of the PDP.

“Indeed this is our hallmark in most APC states and the federal government. Our traducers envy infrastructural development going in Lagos, Kaduna, Borno and other APC states, the uncommon Buhari’s Agrarian Revolution, power and railways infrastructure.”

Okechukwu said they were happy with the outcome of the two gubernatorial elections as both showcase that Nigerians are gradually coming to terms that physical infrastructure that generates prosperity and enduring happiness, is more preferable than the PDP hand-out stomach infrastructure. “PDP is share the money, while APC is investing the money.”

OPINION: Why Recent Cut In MPR May Not Reflect In Lending Rates -Prof. Uwaleke

The Federal Government has charged the Nigerian Security and Civil Defence Corps (NSCDC) to immediately develop a robust scheme for school protection across the...

An electrical fault sparked a minor fire incident at the  Army Headquarters Complex,  Abuja, Tuesday morning. The incident, which happened at  about 10.15am was as...

The new Commandant-General (CG) of the Nigeria Security and Civil Defence Corps (NSCDC), Dr. Ahmed Abubakar Audi, has promised to reposition the Corps for...