Yahaya made the call on Saturday, December 10, when he spoke as the Special Guest of Honour at the passing out ceremony of 6,226 recruits by the Depot Nigerian Army (NA).

TheFact Daily reports that the Army Chief asserted that the professional disposition of the young soldiers was manifested in the realistic and results-oriented training that impacted them in their 5 months sojourn which was evident in the synchronized drill, impressive display, innovation, ingenuity, turn out, and perseverance of the troops during the passing out ceremony.

The COAS also expressed confidence that the rigorous journey of the young soldiers which commenced 5 months ago had groomed them to meet up with the contemporary security challenges, while noting that increase in the strength of Nigerian Army personnel will add impetus to its various operations. 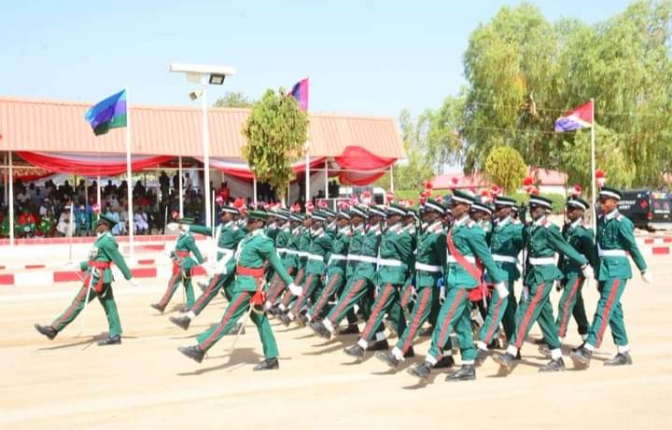 He further urged them to be focused and not to allow themselves be used as tools to advance the selfish agenda of ethnic and religious bigots.

General Yahaya also charged the young soldiers who would be deployed for the 2023 elections coverage to be apolitical while discharging their constitutional responsibility.

He reiterated that a lot was expected of the soldiers in terms of loyalty, selfless service, integrity, courage, discipline and respect for others which are the core values of the Nigerian Army.

“You are expected to uphold these values by displaying high professional and moral standards. I, therefore, urge you to retain the mental, physical and moral training you received and display it most responsively and professionally,” the Army Chief said. 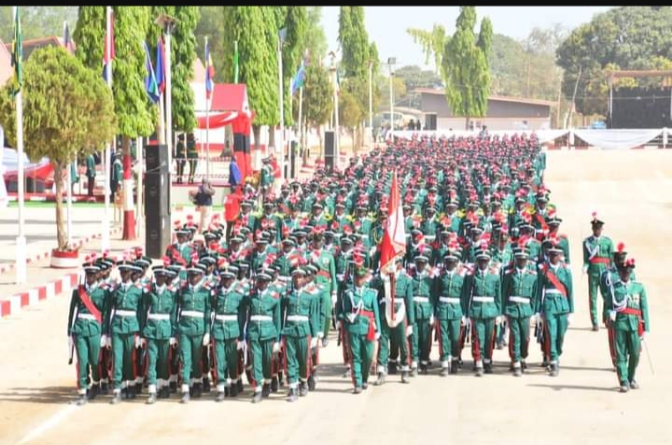 General Yahaya further charged them to be good ambassadors of the Nigerian Army through the display of total loyalty to the constitutional authority, adding that as the hub for the professional development of Nigerian Army’s soldiers, Depot Nigerian Army remained the COAS’ priority as regards infrastructural and human development, which is evident in the restructuring of the training environment for both staff and recruits. He further pledged more support to the institution for quality training.

While reminding the young troops of the Oath of Allegiance that was administered to them, Gen. Yahaya reaffirmed that they had now acquired a special status of being subject to military and civil laws. He also warned them to avoid any act capable of tarnishing the image of the Nigerian Army and the nation in general.