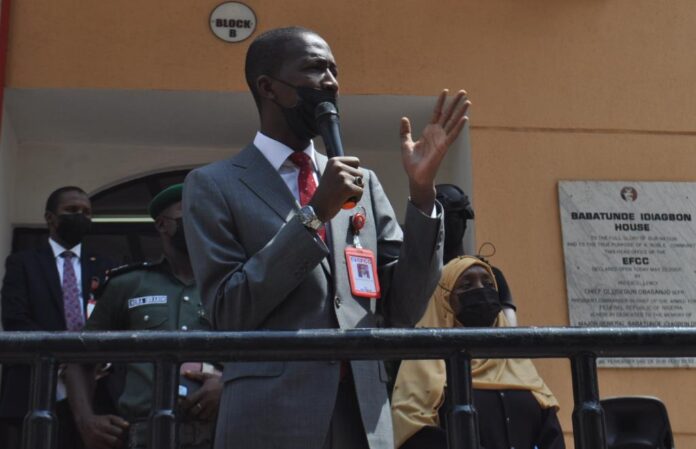 Bankers under the aegis of National Union of Banks, Insurance and Financial Institutions Employees, NUBIFIE, have reacted to the asset declaration ultimatum given by the

Economic and Financial Crimes Commission, EFCC, saying that the anti-graft commission should rather “focus on the Managing Directors of banks and other agencies of government.”

TheFact Nigeria had reported that the EFCC Chairman, Abdulrasheed Bawa, on Tuesday, March 16, disclosed that the Commission would, from June 1, be demanding the asset declaration forms of bankers in line with the provisions of the Bank Employees Declaration of Asset.

Speaking on behalf of workers, the Deputy General Secretary, NUBIFIE, Sola Aboderin, said they are not against any policy of the government to checkmate fraudulent activities either in the financial institutions or the country as a whole, but are concerned about why the spotlight is on banks.

“What about the Nigerian Port Authority, NNPC (Nigerian National Petroleum Corporation) and other organisations?

“Why are they particular about banks? We are not saying they should not check the illegality in the transfer of funds but why focus on banks?”

“So if you are saying tellers, marketers and others are not bank workers, then fine. In that case, they (EFCC) should focus on the MDs (managing directors) of banks.”

He added, “I’m telling you that if you enter into the branch of any bank today, hardly will you find more than three or four people working as real staff of the bank. The rest are outsourced staff.

The NUBIFIE official said the anti-corruption agency argued that the actual workers on the payroll of a bank in any branch were the branch manager and three or four persons.