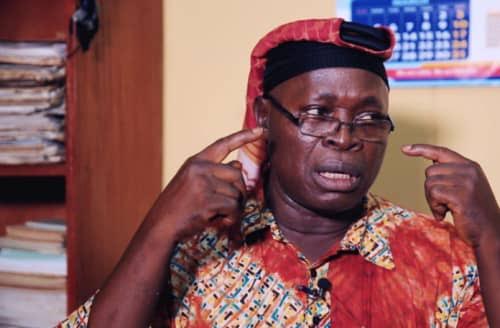 The Muslim Rights Concern (MURIC) says the Christian Association of Nigeria (CAN) has not learnt from history.

In its reaction to the crisis rocking Kwara State over the use of hijab in some secondary schools, Ishaq Akintola, director of the Nigerian Islamic human rights group, accused CAN of instigating crisis.

TheFact Nigeria gathered that, violence erupted at the Baptist Secondary School, Surulere, Ilorin, Kwara capital, on Wednesday, over the refusal of the school authorities to allow female Muslim students to use hijab.

Parents of the students engaged the school authorities in a hot argument which resulted into a stone-throwing contest between Christians and Muslims.

In his statement, Akintola wondered why the Christian leaders have refused to comply with the directive of the court on the issue.

“We are perturbed that people who claim to be civilised are disrespecting the rule of law. CAN is to blame for all these. CAN was the one that called on its members to occupy that school. Fortunately the ugly scene only played out in one out of ten schools. But it is a big shame that in 21st century Kwara, CAN is turning its members against democratic norms, against the rule of law.

“Both the Ilorin High Court and the Court of Appeal have ruled in favour of hijab. It is therefore illegal, illegitimate, unlawful and unconstitutional for CAN to insist that its members should not obey the courts and that the schools should not allow female Muslim students to use the hijab or even enter the school premises. It is the height of lawlessness.

“We assert that CAN should be held responsible for whatever happens in those schools. We wonder why the Nigerian civil society is silent over this open rape on the rule of law. Is it because Muslims are at the receiving end? Is it because the Christian leadership is the culprit? We reject selective justice. Those who are most vehement when democracy is in jeopardy must also speak up when any principle of democracy is under threat. Refusal to obey court order is a flagrant confrontation of democracy and a threat to good governance, law and order and peaceful coexistence. Or is CAN above the law?

“We invite all right-thinking Nigerians to take a critical look at the game playing out in Kwara State. It is a well-known fact in modern society that any group that flouts court pronouncement is inviting chaos. This is exactly what CAN is doing in Kwara State. We therefore call on stakeholders to call CAN to order.

“MURIC warns the Kwara State Government (KWSG) against compromising its authority over this issue. Any attempt by KWSG to spoon-feed CAN or to sweep the right of the Muslim girl-child to wear hijab under the carpet will be resisted by the Muslim community. The law is on our side. On hijab we stand,” he said.