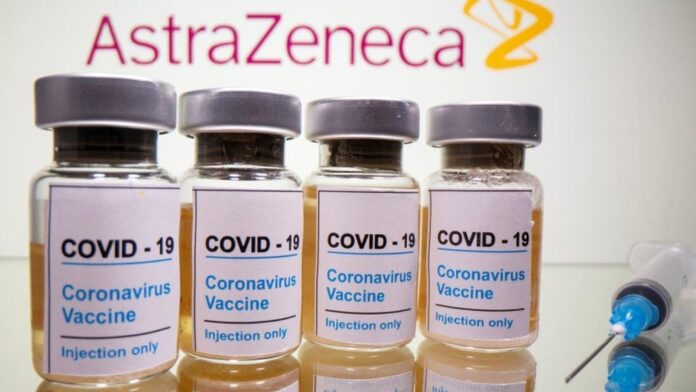 British pharmaceuticals giant AstraZeneca reported on Friday $275 million (227 million euros) in sales from its Covid vaccine in the first three months of the year.

It is the first time that the company discloses figures from sales of one of the world’s leading vaccines.

AstraZeneca’s Covid-19 jab was developed with the University of Oxford and has been key in Britain’s rapid vaccination drive. The company is selling it at cost price.

However, public confidence in the jab has taken a blow over worries of links to very rare blood clots, and the company is in a legal fight with the EU over delivery shortfalls.

The company made the disclosure in an earnings statement showing that net profit doubled in the first quarter to $1.56 billion, compared with $780 million a year earlier.

Revenue jumped 15 percent — or 11 percent at constant exchange rates — to $7.32 billion in the reporting period.

Excluding the contribution from the Covid jab, revenues rose by 11 percent — or 7.0 percent at constant rates — to $7.045 billion.

AstraZeneca added Thursday that its quarterly performance was boosted by strong sales of new cancer drugs.
The firm cautioned however that the Covid pandemic had a “negative impact” on both the diagnosis and treatment of other conditions aside from Covid.

“We delivered solid progress in the first quarter of 2021 and continued to advance our portfolio of life-changing medicines,” said chief executive Pascal Soriot in the earnings release.

“New medicines contributed over half of revenue and all regions delivered encouraging growth,” Soriot said.

“This performance ensured another quarter of strong revenue and earnings progression, continued profitability, and cash-flow generation, despite the pandemic’s ongoing negative impact on the diagnosis and treatment of many conditions.”

The results come at the end of a turbulent week after the European Union launched legal action against AstraZeneca over Covid-19 vaccine delivery shortfalls that hampered efforts to kickstart inoculations across the bloc.

The EU is suing AstraZeneca on the basis of breaches of an advanced purchase agreement, but the firm has dismissed the legal action “without merit” and stated that it will strongly defend itself in court.

AstraZeneca said it is due to have delivered about 50 million doses to Europe by the end of April, but that is far lower than the amount Brussels insists should have come.

The commission says overall the firm is set to deliver only a third of the 300 million doses it had promised by June.

The EU-AstraZeneca court hearing has been set for May 26, a Belgian court said Wednesday.