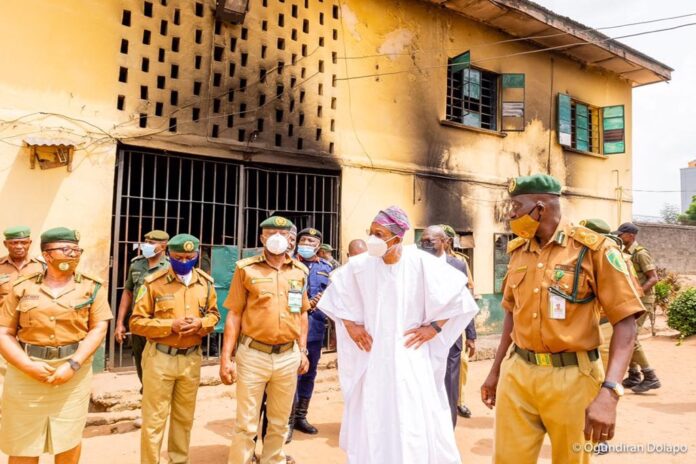 – vows they will be hunted to the ends of the earth

The Minister of Interior, Ogbeni Rauf Aregbesola, has again emphasized the grim resolve of the Federal Government to go after the perpetrators of the coordinated attacks on the Owerri Custodial Centre and the Imo State Command Headquarters of the Nigeria Police in the early hours of Monday.

The Minister who disclosed this yesterday, 6 April, when he visited the Owerri Custodial Centre, noted that during the #ENDSARS riots, late last year, there were coordinated attacks on custodial centres in Edo State, while an unsuccessful attempt was made in Lagos.

TheFact Nigeria reports that the minister noted that ‘a pattern of syndicated attacks on custodial centres is emerging.’

“We will react appropriately by going after these criminals and making them face the full wrath of the law. We will leave no stone unturned in fishing them out. Make no mistake; they will be hunted to the ends of the earth. They can only run, but they cannot hide. We shall bring them to justice, or in the alternative, take justice to them,” the Minister said.

He added that additional security will be provided for all custodial centres from now on, for the safety of personnel and inmates as well as the security of the facilities.

While confirming that full investigations will commence immediately, Aregbesola also urged all escaped inmates to voluntarily return to custody, adding that those who heed this call will be given amnesty on the possible consequences of escaping from lawful custody.

He further charged all correctional officers to be vigilant and take the security of the facilities and the inmates seriously more than ever before and assured them of the Federal Government’s determination to ensure their safety at all times. 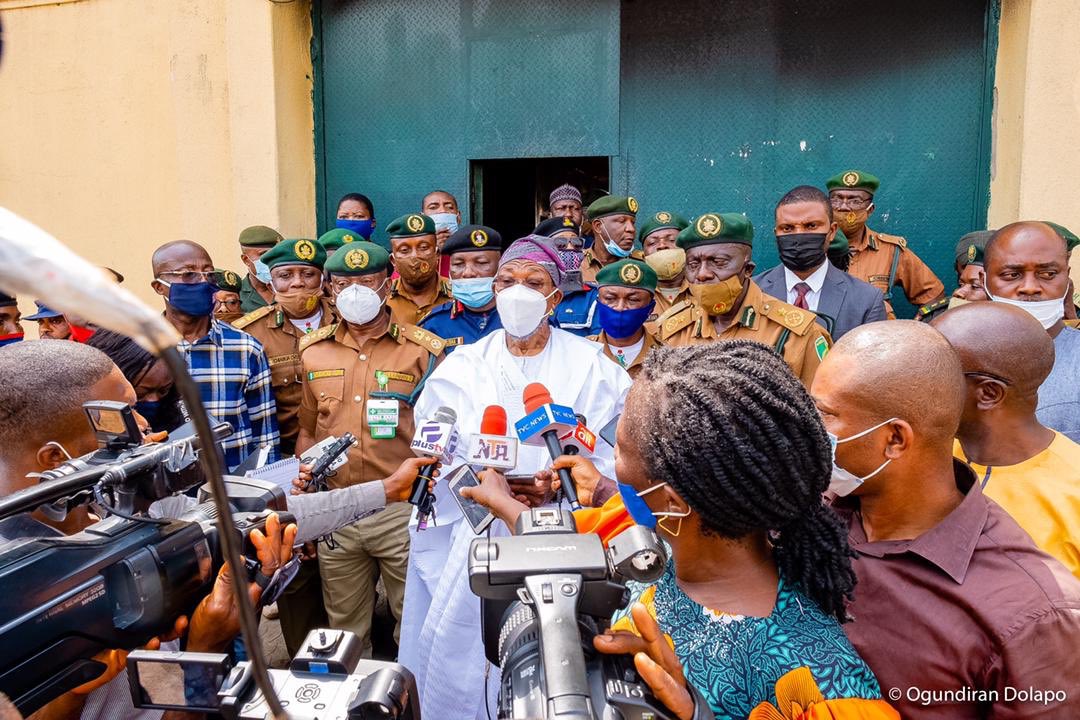 ‘We are at war with an enemy that you may not yet know but who knows you inside out,’ Aregbesola cautioned.

The Minister called on citizens with useful information on the perpetrators of these dastardly acts and the 1,844 inmates that escaped from lawful custody, to inform the law enforcement agency nearest to them as an act of patriotism.