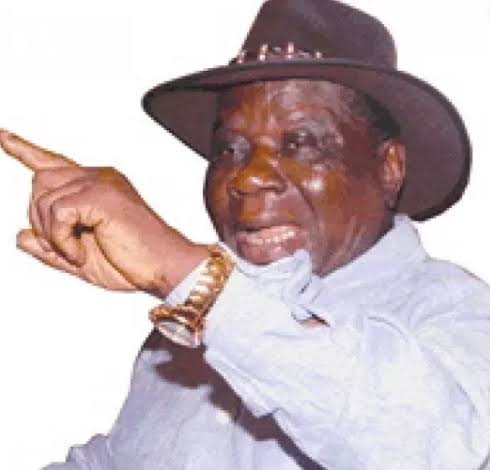 The Indigenous People of Biafra( IPOB) has said elder statesman, Edwin Clark, cannot decide on whether the Niger Delta region would be part of Biafra.

IPOB’s spokesperson, Emma Powerful who made this known in a statement said the elder statesman can not speak for the people of the South-South because he is a general without foot soldiers.

TheFact Nigeria recalled that Clark in a recent interview said IPOB was dreaming over its inclusion of Niger Delta region in Biafra Republic.

The elder statesman said, “They are very unrealistic boys. To me, IPOB is not pursuing the right thing.”

“How can Delta be part of Biafra? In what way? Is Biafra older or bigger than Delta?

“How can Rivers State or Akwa Ibom become part of Biafra? They are dreaming for still thinking about the Eastern Region of those days.”

Reacting to this , IPOB said the comments by the Ijaw leader is one of the reasons Biafrans are been treated as slaves.

“It’s too appalling that Edwin Clark doesn’t know that those who own Biafra are those he referred to as South-South or Niger Delta as the Case may be.

“How suddenly Edwin Clark has forgotten that it was an Izon man who brought the name ‘Biafra’ to the table for approval which Ojukwu and his Eastern Consultative Assembly approved without hesitation or debate!” the group said.

“Edwin Clark should know that IPOB led by our great leader Mazi Nnamdi Kanu did not force any clan to join Biafra. But if his community, clan and tribe refuse to join Biafra through referendum at the right time, they should not blame anybody for their fate in Nigeria.

“By the time Biafra will exit Nigeria through a referendum, any clan in the so-called Niger Delta that refuses to be liberated from the Nigerian bondage should get ready to serve the Fulani as slaves forever

“We, however, know that Edwin Clark is not speaking for millions of Niger Delta youths, men and women earnestly yearning for their liberation from the Nigerian bondage. He is only speaking for his Fulani slave masters, but very soon he will discover that he is a General without foot soldiers.”