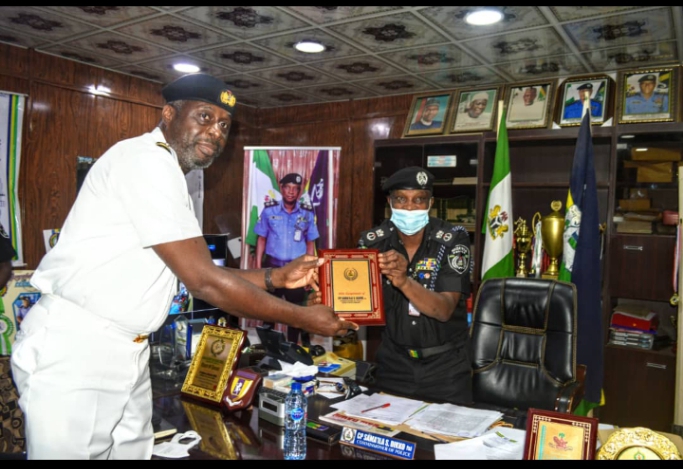 The Chief of Naval Staff, CNS, Vice Admiral Auwal Zubairu Gambo, has lauded the Kano State Commissioner of Police, CP Sama’ila Shu’aibu Dikko on his achievements towards improving the security architecture of the State.

The Navy Chief, who was represented by the Chief of Policy and Plans, Navy, Rear Admiral Christian Ezekobe, made his remarks during a courtesy call on the Police Commissioner yesterday, 30 August, 2021.

TheFact Nigeria recalls that Vice Admiral Gambo had, sometime in June this year, on the request of the executive governor of the State, Dr. Abdullahi Umar Ganduje, for a naval formation in the State, promised to set up a committee to engage with relevant authorities in the State with a view to determining how best the Service can use the facility being offered by the State.

Gambo had also said the Service was planning to hold the Chief of the Naval Staff Annual Conference, CONSAC, in Kano state in August.

In the course of the courtesy call, Gambo said, “We listened to your remarkable achievements which you have brought about since assumption of office. This we believe has in no doubt made the city of Kano and indeed the entire State safer.

‘The Chief of Naval Staff Annual Conference (CONSAC) Team is most hopeful that these successes would be brought to bear on the security arrangements for the 2021 CONSAC. Suffice to state that the synergy between all security agencies in Kano is worthy of emulation. I therefore urgeyou to keep the flag flying and lift the banner higher. Onward together and God Bless’.

In his response, CP Sama’ila Shu’aibu Dikko expressed his profound appreciation of the visit of the Naval Chief’s Staff Entourage as part of preparations for the Chief of Naval Staff Annual Conference scheduled to commence today, 31 August in the State. 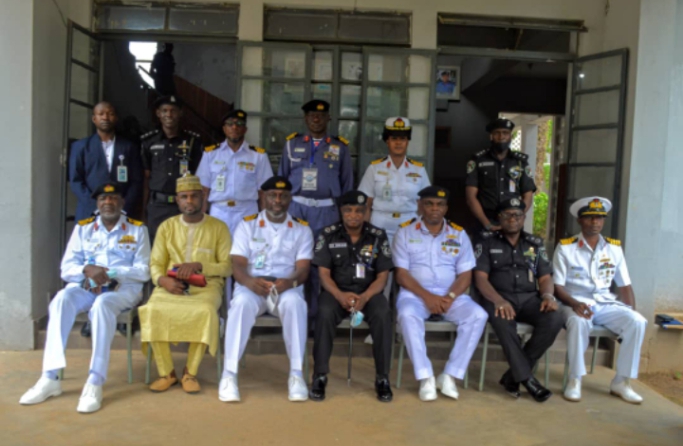 CP Dikko disclosed that operational machineries have been put in place to ensure a successful and peaceful conference in the State.