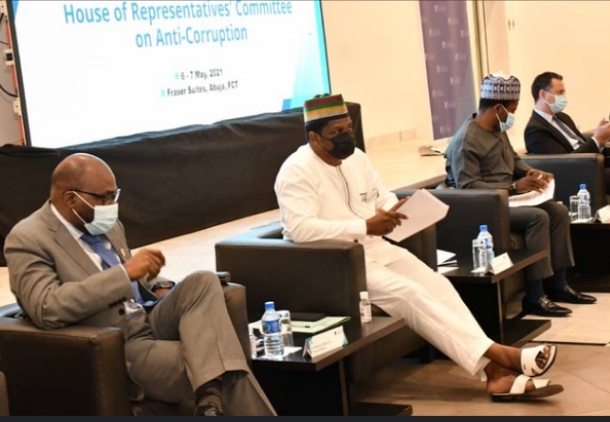 The Chairman of the Independent Corrupt Practices and Other Related Offences Commission, ICPC, Professor Bolaji Owasanoye, has said that corruption was the greatest challenge of the country at the moment.

Professor Owasanoye spoke today at a capacity building workshop for members of the House of Representatives Committee on Anti-Corruption, in Abuja.

Owasanoye, while noting that corruption was responsible for all the negative indexes for which the country was known, said, “Corruption is the enemy of development and good governance.

He further stressed that there was an urgent need to tackle the problems through concerted efforts from both state and non-state actors for a better Nigeria to emerge.

The ICPC boss urged the National Assembly to deploy its oversight powers on government agencies and departments as well as its legislative control over public expenditure and audit of public accounts to effectively curb corruption in the public sector.

According to him, the fight against corruption is “our collective responsibility and not the duty of the government alone. We must visualize the type of country and environment that we want to live in and bequeath to generations yet unborn.

“Our immediate objective is to reduce corruption in our life-time to such an extent that it can no longer threaten our collective well-being, peace and development. The legislature can lead us to our collective vision through its constitutional mandate” he concluded.