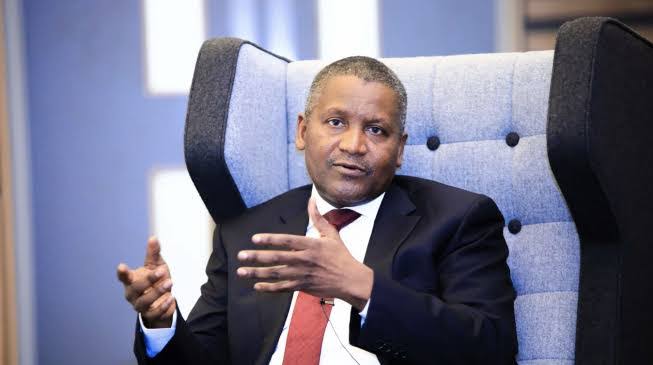 Africa’s biggest philanthropist Aliko Dangote Friday April 10 turns 63, even as he donated N2 billion towards the fight against Covid-19.

Mr. Dangote also assured Nigerians and Africans on hope and eventual victory over the coronavirus global pandemic, if all stakeholders join hands to fight against a scourge, which has also hit Nigeria and the continent on several fronts.

In a goodwill message released as he turns 63 years on Friday, April 10, the foremost entrepreneur commended the efforts of the organized private sector, which through an initiative tagged the Coalition Against COVID-19 (CACOVID) has donated over N21 billion to support government efforts to tackle the pandemic in Nigeria.

Dangote, who through his philanthropic organisation the Aliko Dangote Foundation (ADF) has donated over N2 billion in cash and other materials to the CACOVID Fund, also saluted the efforts of the governments at all levels and those on the frontline of the fight against COVID-19, which is ravaging the economic, health and social sectors of the country.

In a goodwill message issued by the Chief Branding and Corporate Communications Officer of the Dangote Group, Mr. Anthony Chiejina, Dangote noted that, “All hands must be on deck to help fight the coronavirus pandemic, and every gesture of support from other stakeholders outside government and the business community in Nigeria and Africa, would go a long way to help tackle an issue which has assumed a global dimension, with its impact felt all over the world. If we all work together to combat this virus, then there is light at the end of the tunnel.”

To demonstrate his commitment to the anti-coronavirus cause, the business tycoon donated N2 billion to the CACOVID Fund to support the federal government efforts to tackle the pandemic, and he also donated four ambulances to the Lagos State Government recently to support its efforts.

Dangote and the Central Bank of Nigeria (CBN) are the biggest donors to the Coalition Against Covid-19 account domiciled in the CBN. In the wake of the pandemic, he had announced an initial donation of N200 million during a meeting with NCDC, international stakeholders and donors in Abuja. He has since then increased his donation up to the current N2 billion.

Mr. Chiejina said the company is not resting on its oars and that philanthropy, and especially healthcare support has been part of the core mandates of the philanthropic arm of the Group, the Aliko Dangote Foundation (ADF). He said Dangote has been working with other private sector operators, stakeholders and relevant government authorities in the fight against the pandemic.

As part of CACOVID activities, media campaigns and outdoors advertisements are being launched across the states in the country.

Interventions by Aliko Dangote Foundation shows that the Foundation which was endowed earlier with $1.25 billion had supported the Federal Government of Nigeria with over N1 billion and medical facilities to fight the now rested Ebola disease. It also donated US$3 million to support AU’s intervention against Ebola in West Africa and logistics support for the returnee volunteers on Ebola intervention.

In partnership with the Bill and Melinda Gates Foundation, the Aliko Dangote Foundation had expended millions of dollars in polio eradication and routine immunisation, as well as strengthening of Primary Health Care in Nigeria. The project which commenced in Kano and Bauchi states, was later expanded to include: Sokoto, Yobe, Kaduna and Borno States and $10M was voted for the projects.

ADF had supported the anti-malaria war with $100,000.00, following the End Malaria Council convened on the sidelines of the 2017 UNGA by 9 founding members. It also partnered Global Business Coalition for Health (GBCHealth) to build African Business Coalition on Health and $1,500,000 was donated to the cause.

Other health sector interventions by the ADF across Africa include: the $750,000 earmarked for Children of Africa Foundation in Cote d’Ivoire, $25,000 for the Grand Heart Foundation in Chad, $250,000 for the ONE Campaign in Africa, $500,000 for the emergency response to meningitis outbreak in Niger Republic and $575,000 donation of mobile clinics to serve counties in Kenya.

‘Nigerian Army Remains Resolute To Peace, Stability Of The Nation’